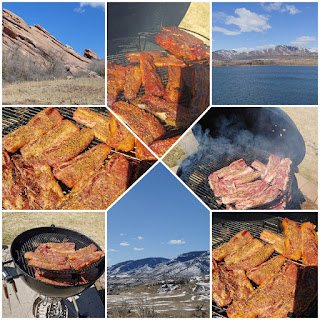 March has been fairly snowy in Denver.
It is nice to get the snow, but snowy weather makes getting in bike rides a little challenging.
I can always ride in the gym on a stationary bike, but that isn't nearly as fun. Plus that doesn't do me any good on my #10Everestsin2021 goal.
This past weekend, the weather was great for cycling, and Saturday I started out early with the intention of gaining a lot of elevation.
My legs were not "feeling it", so I changed my route to move away from the big climbs fairly early in the ride.
I decided that this ride would not be much more than a "recovery" ride. 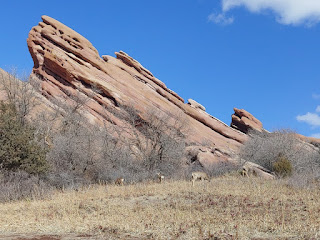 When I returned home, though, my kids were still in bed and my wife didn't really have any plans for the day, so I decided to go back out. 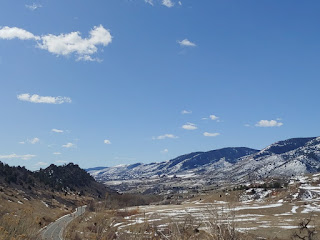 And ... I didn't shy away from the hills. At some point, I realized that I might as finish off an even 100 km so that I could accomplish the March Gran Fondo Challenge on Strava.
So ... I did. My bike computer said 62.98 miles right as I rode into my driveway. 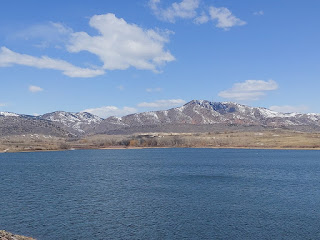 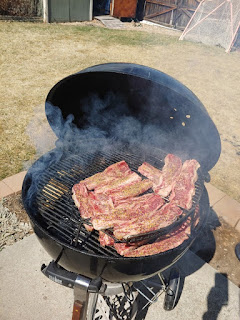 Then, I got real lazy the rest of the day. I watched hockey with my son and barbequed the same sort of Beef Short Ribs I made back in January. 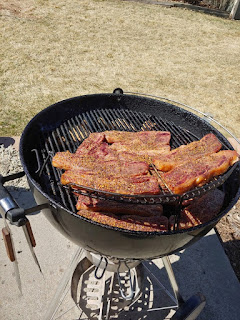 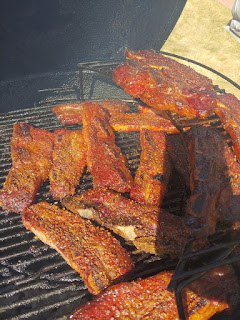 I cooked them pretty much the same, except I skipped wrapping them. I also didn't cook them as long. 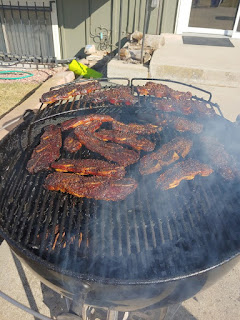 They turned out delicious, but I thought these were actually over cooked, so if I make them again, I'll plan for more like a 3 hour cook.
I probably will make them again. Stay tuned on Sheppy's Blog: Flanken to see. 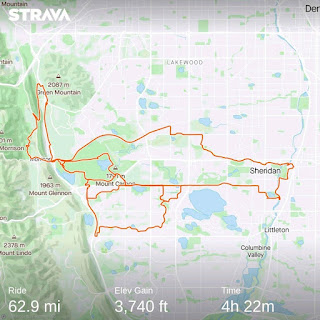 Overall, it was a great Saturday.
Lots of exercise, and I was still able to be lazy and drink beer and watch TV in the afternoon.
Fun stuff.
Go Blackhawks.

My plan is to ride 1000 miles in September. Between now and then, I'll beg for people to donate money on my GCC Rider Page: