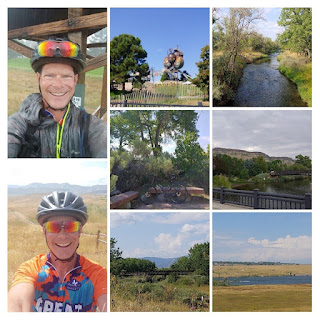 To be honest, when I wrote "I might attempt Century Ride # 4 this Labor Day Weekend" on 3rd Century Ride #GCCUSA, I was mostly kidding.
Century Rides are hard. They take a lot out of me. I didn't think there was any way my legs would be ready for another long ride before the end of the long weekend.
But ... honestly, I was feeling pretty good after a rest day, and I had Friday off work.
I got up early for a bike ride. 1000 miles were not going to ride themselves. I had to keep up with my commitment to the Great Cycle Challenge.
I knew I would do a long one. I didn't really plan for 100, but I thought I'd see how it went.
After 10 or 20 miles, I was fairly sure I wouldn't be riding more than 50 miles. My legs didn't feel like they had much in them. 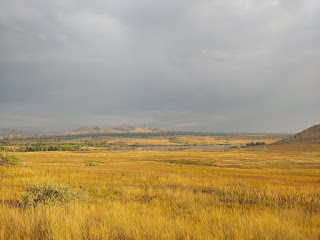 I got a little rain early in the morning riding through Golden, CO. 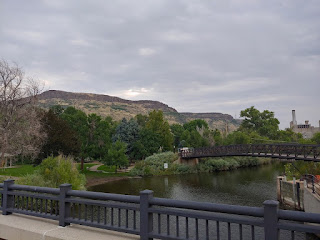 Not much ... just really enough to cool things down and wet the pavement a little.
It wasn't long before the sun was back out. 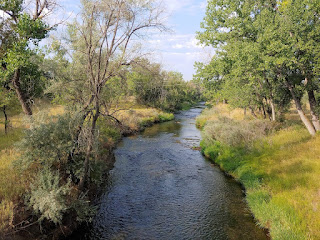 My route took me East of Golden on the Clear Creek Trail. I've ridden this trail many times, but this time I took it farther than ever before ... all the way to the Platte River. 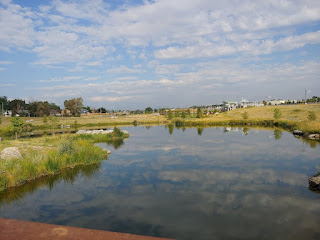 I wish the bike trails were better labeled. I got a little lost and had to break out my Google Maps app on the phone to find my way.
But, I only lost 10 or 15 minutes trying to figure out which path was which. 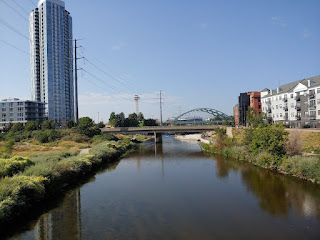 I made my way South through Denver and upstream of the Platte. 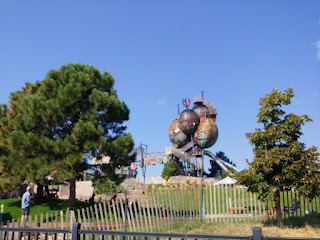 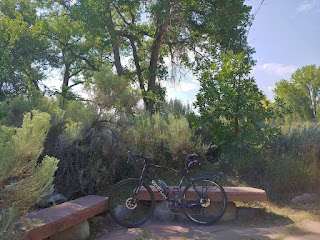 Eventually, my water started to run out, so I headed towards home. 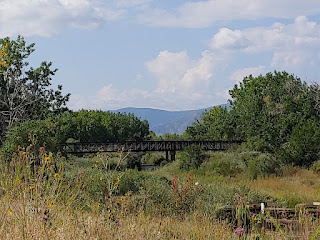 At this point, I was planning on calling it a day after getting home. 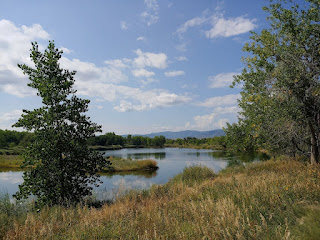 I got home around lunch time with 66 miles. My riding time was just over 4 hours.
After lunch, I decided to got out for what I planned to be another 15 or 20 miles. Storm clouds were gathering.
I decided to see if I could race the storm. 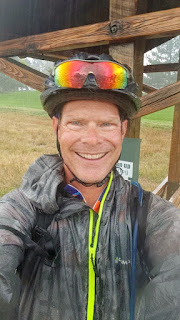 It started raining on me. The storm was behind me, so I pushed on. For awhile I was outpacing the hard rain, but eventually it caught me. Hard.
And ... I didn't melt, so just kept going.
Actually, the rain helped keep me cool and for the first time I felt like I could actually accomplish the 100 mile ride. 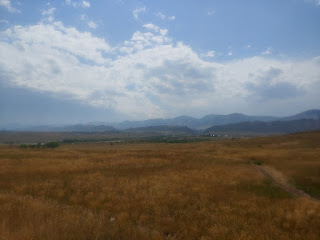 I outlasted the storm. I was close enough to the century that it seemed silly not to finish it up.
So, I did. 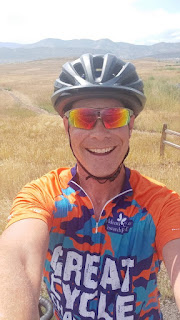 In fact, I finished up with 106 miles. My longest bike ride ever. 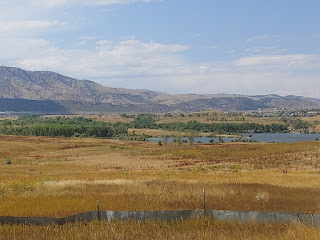 Honestly, since Friday, I've had another long ride (75 miles) and I'm surprised how fresh my legs feel.
As I write this, the Great Cycle Challenge has been going for 5 days, and I've already logged over 300 miles. Tomorrow is Labor Day, another day off work, so I should get another long ride in.
I'm sort of killing it. Finishing up my 1000 mile September shouldn't be a problem (if my bike stays together and I don't hurt myself) 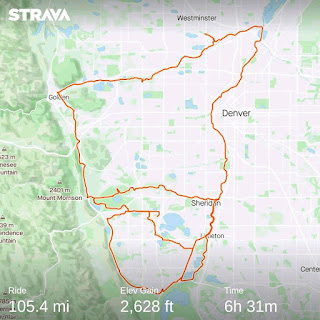 So, I did it. Another #GCCUSA Century Ride.
I was a fairly flat ride for the Foothills of the Rocky Mountains, but even so, such a long ride ended up giving me another 3,400 feet of elevation gain.
I'm still way ahead on my #10EverestsIn2021 goal.
I'll be doing another long ride tomorrow. Probably not 100 miles, but who really knows?
Bookmark Sheppy's Blog: Century Ride, and you'll know for sure.
You'll probably find out even sooner if you follow Sheppy Brew's Instagram feed or Facebook page.
Or ... keep an eye on my  Great Cycle Challenge page, and you'll know almost as soon as it happens. While you're there, donate!
Posted by ESheppy at 9/05/2021 07:12:00 PM