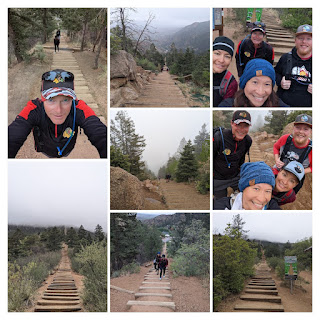 On May 19, 2022, Alexa told me that the temperature out side my home was 89 degrees.
Today is the 20th and I'm watching it snow. The high temperature was 39.
50 degree drop overnight. Awesome.
We are going to get a significant amount of snow. One of the things I love about living in Colorado is these late spring snow storms ... but still ... this is crazy.
Anyway ... today I climbed the Manitou Incline.
The Manitou Incline is a popular but strenuous hike up 2744 steps over around .87 miles and climbing over 2000 vertical feet. The average grade is over 45% and the maximum is 68%.
It is a difficult hike. 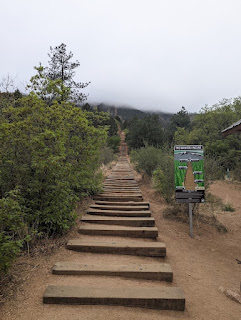 I've done it before with a group of co-workers I was in a weight-loss challenge. At a happy hour, one of those co-workers convinced me and a couple of others that we should do it again. 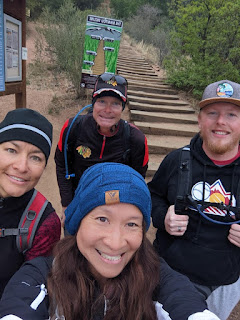 So, before we realized that May 20th would be such a Snowmageddon, we made reservations to do the climb. After finding out about the 50 degree drop in temperatures, we had a little discussion where we decided to do it anyway. The snow wasn't going to start until much later in the day, so it would be fine. 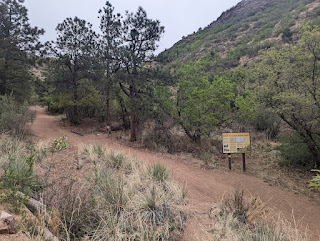 It was colder and wetter than we would have preferred, but it did turn out being fine. Probably better than doing it on a 89 degree day.
Note ... none of these pictures do justice to the steepness or difficulty of the climb. 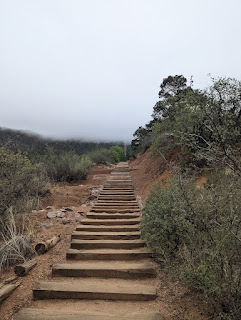 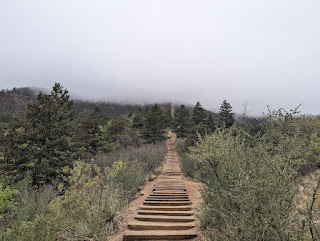 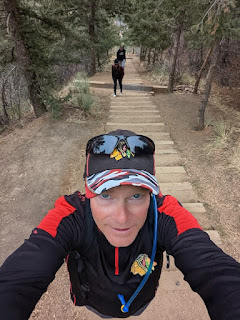 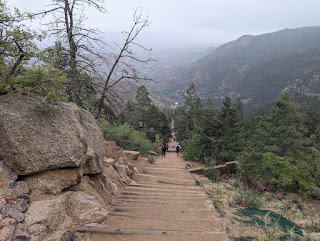 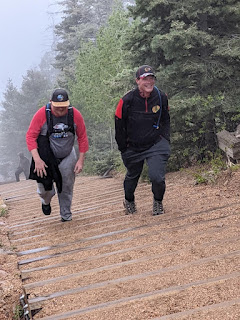 I thought the hike was much easier than last time I did it. It did take me about the same amount of time, but I did have to wait quite a bit for others. Someday I want to do it on my own to see how fast I can do it. 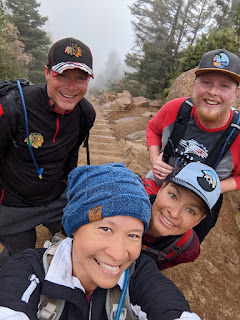