On June 5th, I brewed the last of my Homebrew 6 Pack Project, Eric's Pale Ale.

Check out Eric's Pale Ale (batch 311), if you're interested in reading about that brew day.

Since I happened to have on in the fridge, I also pulled out a can of Double Dale's to drink as well. 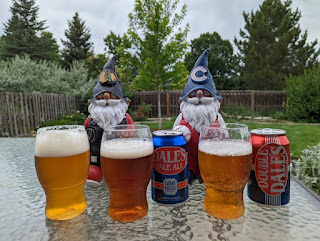 Eric's Pale Ale actually doesn't look or taste much like Dale's Pale Ale at all. That's good, though, because one thing I've realized with this exercise is that I don't really like Dale's as much as I used to.

Eric's Pale Ale just tastes considerably better to me. I'm not sure if the cans of Dale's just are not as fresh as they could be, but the caramel malt in it doesn't come through as nicely as I remember in the past.

Double Dale's is better, the the high ABV doesn't hide as well as it could, so I like it much less than Eric's Pale Ale too. 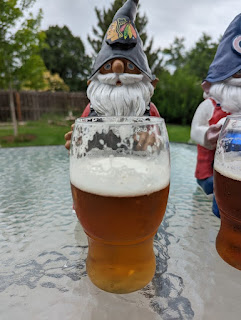 The hop flavor and aroma come across brighter and better balanced too.

The one thing that both of Oskar Blues beers have an advantage of is that they are both much more clear.

Eric's Pale Ale's clarity will improve, but I'm not sure it will break as brightly clear as either beers. Maybe. We'll see. 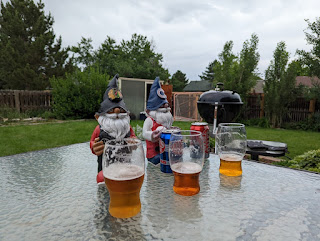 So, even though Eric's Pale Ale was inspired by Oskar Blues, it certainly is not a clone. And that is a good thing.

I much prefer Eric's Pale Ale. 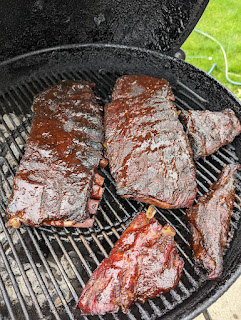 For what it's worth. I loved the pork ribs I made too.

... and the Avalanche won the Stanley Cup later that evening. I probably had a few Eric's Pale Ales while watching the Avs win ...

And ... as always stay tuned on the regular SheppyBrew Channels to see what is happening with biking, brewing, barbequing, and other things: SheppyBrew's Facebook Page; Sheppy's Twitter Feed; SheppyBrew's Instagram Page; and SheppyBrew's Website.Of course, don't forget to visit this blog often as well!