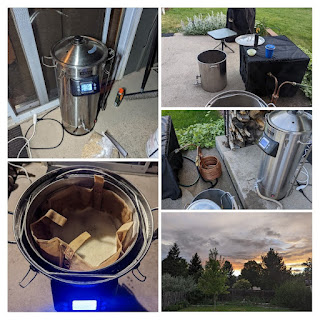 I wasn't able to brew Sunday, but luckily Monday was a holiday.
I brewed Summer Lovin' American Wheat on the 4th.
This is the 6th time I've brewed this recipe. Already the 2nd time I've brewed it in the Anvil Foundry.
It was my 11th batch of the year. I'm already at 61 gallons for the year.
If I'm keeping track accurately, this is the 314th batch of beer I've brewed in my homebrewing "career".
I actually started later in the evening on the 3rd by getting the water ready and then starting the mash right before I went to bed.
Then, I was up early in the morning to drain the basket and get the boil started. 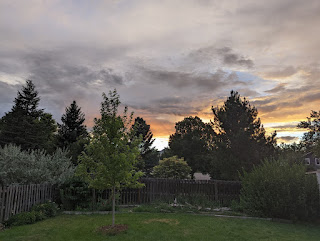 My pre-boil gravity was a bit high and the volume a bit low. 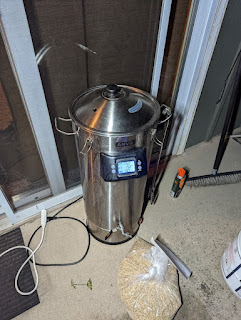 I actually did a (sort of) sparge by pouring water over the grain basket and squeezing the bag after.
After the sparge, I diluted a bit too. 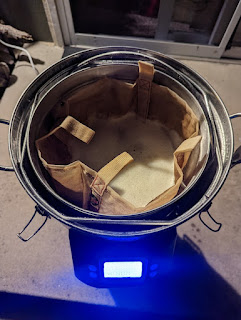 I think I'm going to make it part of my process to hold back a little water and do this "sparge" step in the future. I think it will help extract a little more sugar.
We'll see. 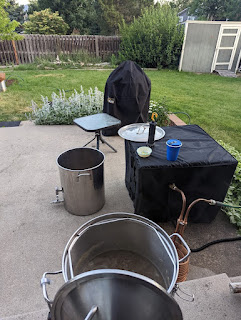 The boil went awesome. This a a little of a "Short and Shoddy" brew with the overnight mash and a shorter boil.
At the end of the boil, my OG was right on plan. I did reduce the amount of honey added, so my efficiency was apparently higher than planned. 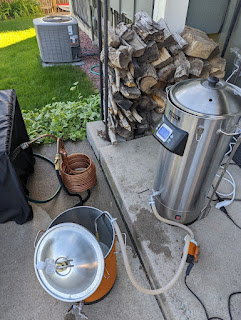 I had the beer chilled and the yeast pitched in a little less than 3 hours after waking up.
The beer has been fermenting since then. The morning of day 1, I added the Coriander Seed to the fermentation.
As I type this, I have not added the orange peal yet. Looking back at last year's notes, I added the peal straight to the keg, and that seemed to work out well, so I'll probably do that again. 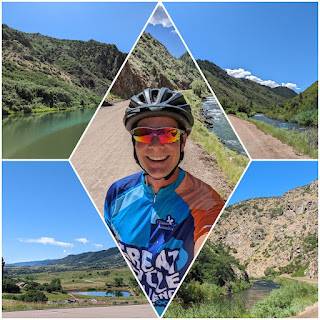 As always stay tuned on the regular SheppyBrew Channels to see what is happening with biking, brewing, barbequing, and other things: SheppyBrew's Facebook Page; Sheppy's Twitter Feed; SheppyBrew's Instagram Page; and SheppyBrew's Website.Of course, don't forget to visit this blog often as well!
Posted by ESheppy at 7/09/2022 10:55:00 AM