We had a trip scheduled to Lake of the Ozarks with the Beer Model's sisters and brother and their families, and as the adults in that group are mostly BMC beer drinkers I thought they might like to try the Merican Lite Lager.

So, I tried to refrain from drinking until we went on the trip. But, the weekend before, I spent some time comparing the Jethro Bud Nelson to some other American Light Lagers.

Tivoli Brewing Company makes an American Light Lager called Outlaw that I've really started to enjoy over the past few months, and I thought it would be the most logical comparison. 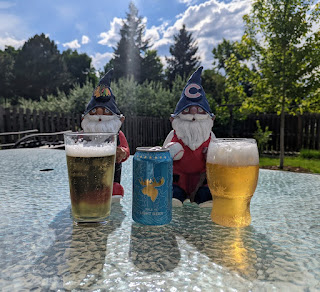 Honestly, I like the Jethro Bud Nelson Merican Lite Lager much more than the Outlaw. It is more crisp and has a nicer hop presence. I may be biased but I think it is more thirst-quenching as well.

Shockingly, it is also much lighter in color and clearer.

I also tried comparisons with Mountain Time and even Miller Lite. Miller has slightly more clarity, but -Jethro Bud was just as light in color.

I far preferred Jethro Bud Nelson Merican Lite Lager more than any of the beers. 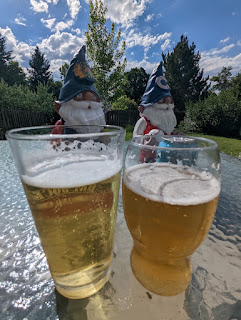 Then, I brought the keg to Missouri and let my wife's family try it.

I figure I had about 4 to 4.5 gallons left when I brought it. I didn't let anyone try it the first night in hopes that the foam would go down and it would clarify from the beer moving around during the trip.

When I finally let them try it, everyone loved it.

The family killed the keg in a couple of days. The beer was gone before July 15th. It sure didn't last very long.

I need to brew this again. I really want to brew it and Mr. Awesome Merican Lager close enough that I'll have both on tap to compare.

Stay tuned on this blog ... and you'll see if I can get that done. 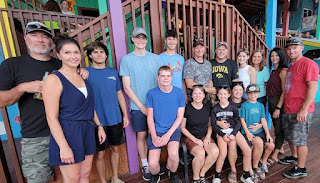 As always stay tuned on the regular SheppyBrew Channels to see what is happening with biking, brewing, barbequing, and other things: SheppyBrew's Facebook Page; Sheppy's Twitter Feed; SheppyBrew's Instagram Page; and SheppyBrew's Website.Of course, don't forget to visit this blog often as well!
Go Rockies!
Posted by ESheppy at 8/01/2022 06:16:00 AM