I don't, however, make a lot of IPA's. Really, it is because I like so many beer styles that I don't get around to it very often.

On #IPA Day, I mentioned that I would be brewing an IPA (see #IPADay Announcement: Near-Sighted-Swine).

My 2012 Zymurgy List included Russian River's Blind Pig IPA, which I figured I would not ever be able to get. Russian River beers are extremely over-hyped .... errrr ... popular and it is very hard to pick any of them up here in Denver. Fortuitously, a local pizza place / craft beer bar had some the very day we ate there (see Blind Pig at Parry's Pizza). That year, there was a Blind Pig clone recipe in Zymurgy. Before finding the beer at Parry's I thought maybe I would make the clone and count that as my taste of the beer.

That is cheating, so it is lucky that Parry's had it that night. 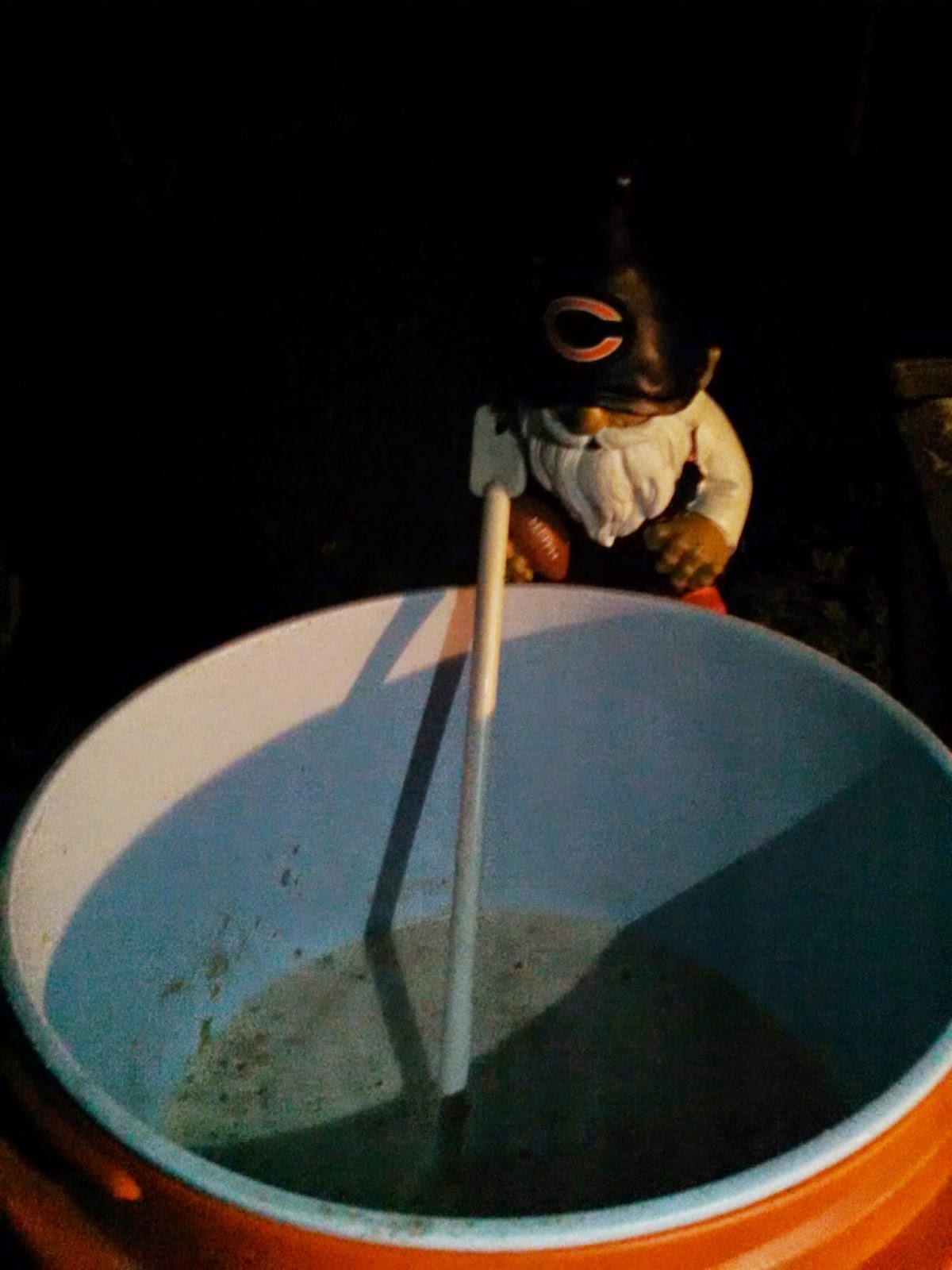 But, I have kept it in my mind that that recipe was out there.

Now, I don't really do clones. But, I do brew "tributes". I always thought my tribute to Blind Pig would be named "Near-Sighted Swine".

So, when I decided I wanted an IPA, I decided to make a recipe called 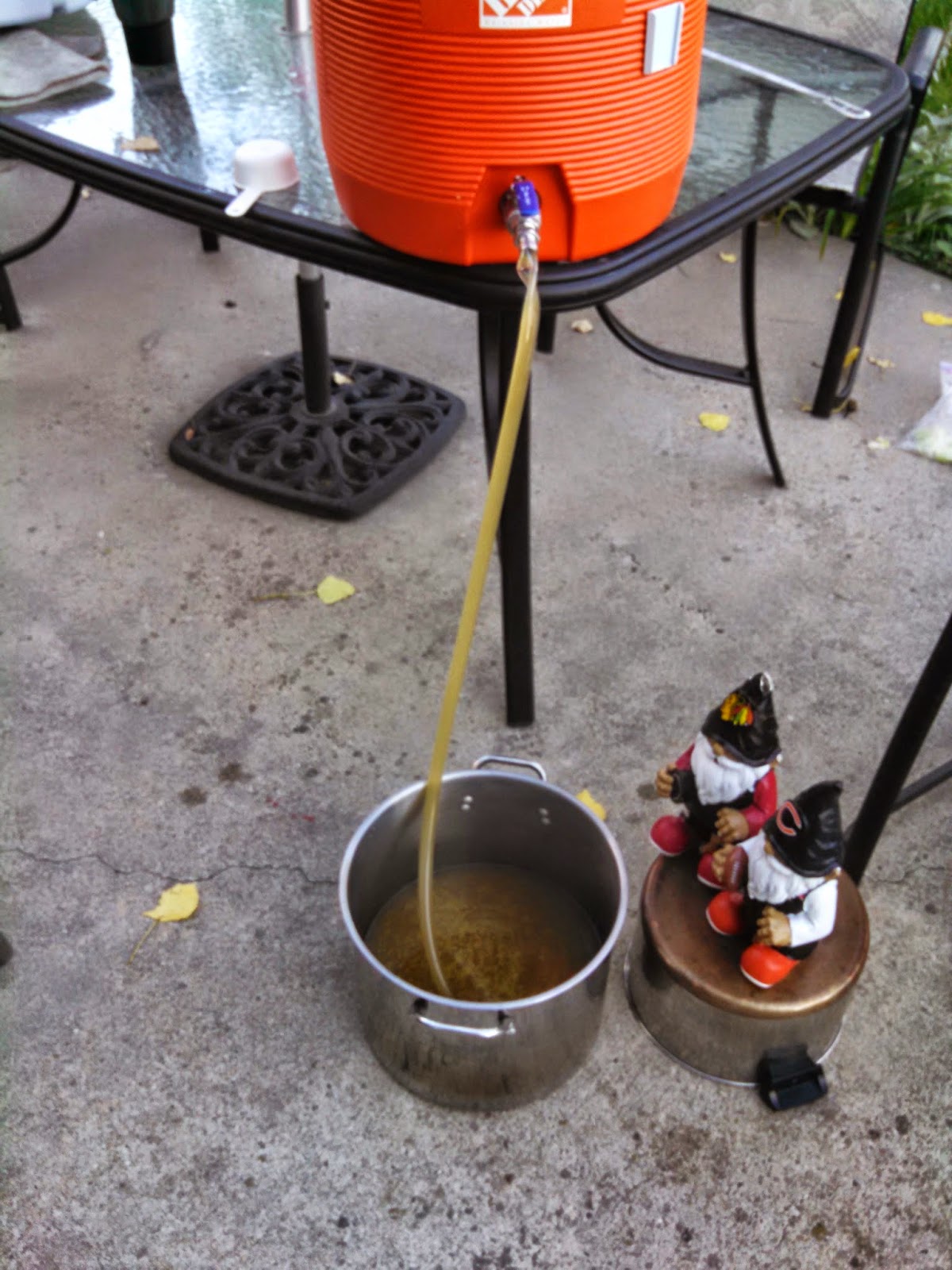 SheppyBrew's recipe is not really like the clone recipe at all. Like I mentioned, I don't do clones.

But, last Sunday, I brewed it. 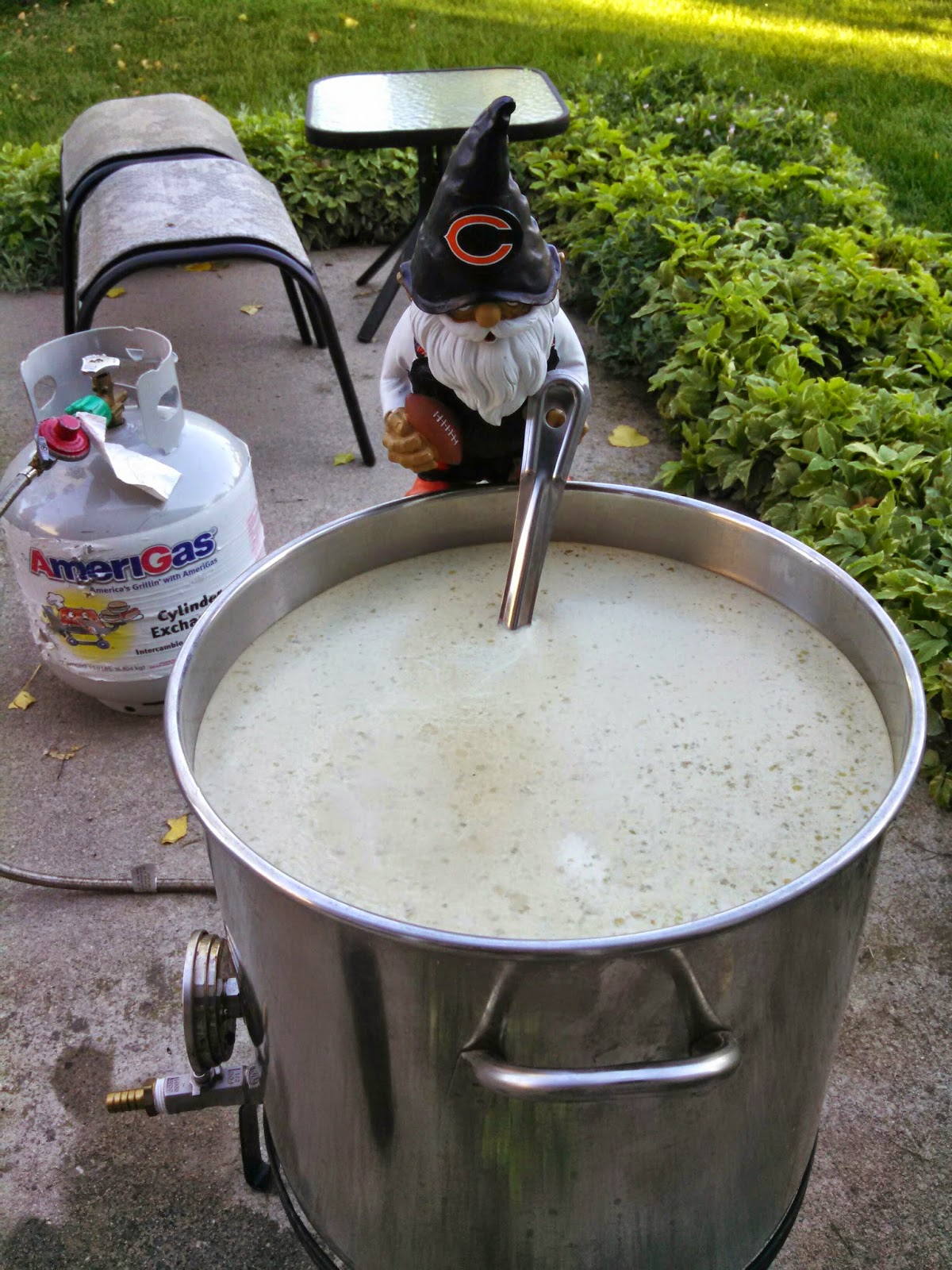 Brew day went real smoothly. I can't think of anything that was not perfect, although I am sure there was something.

I added more hops in this beer than in any I've ever made (so far). 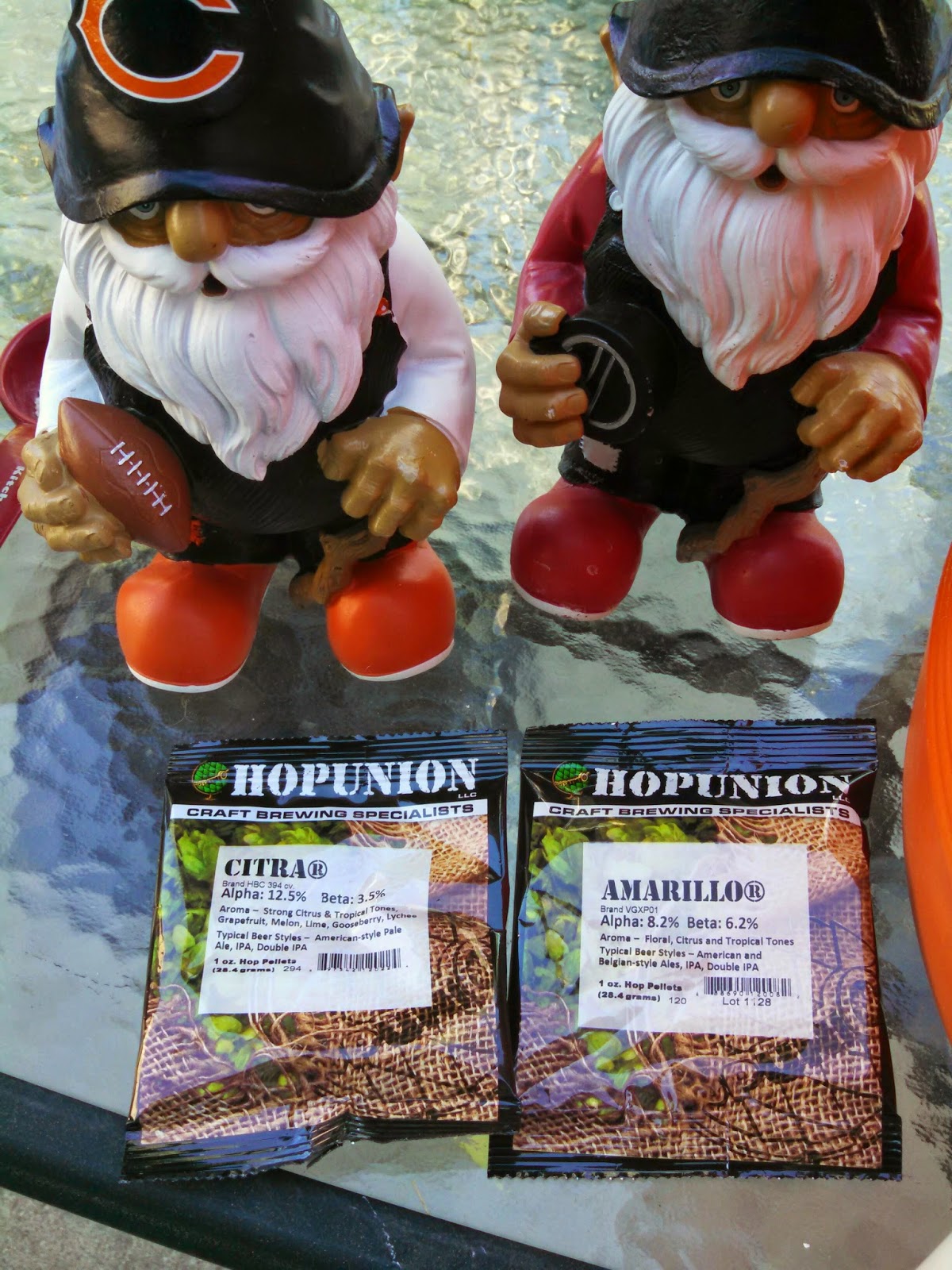 I used a "whirl pool" technique for this beer. Basically on a home brew scale, this just means that after flame-out, I waited half an hour before chilling the beer. This technique should allow the hops to steep in the beer for more flavor and aroma without a whole lot of harsh bitterness. It really more approximates a commercial brewing process as a large volume of liquid can not be chilled as fast as 5 gallons. 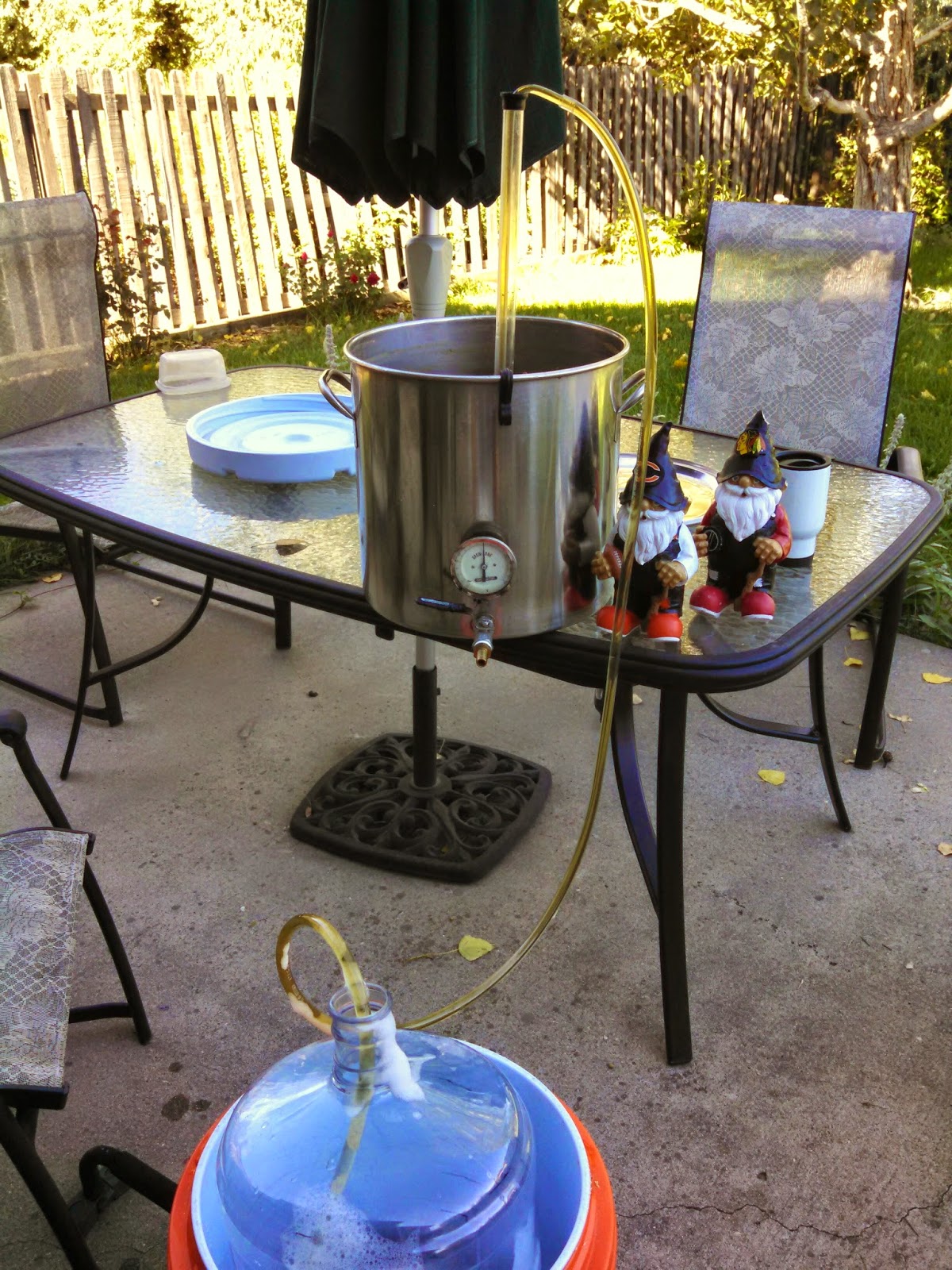 Anyway, the beer has been fermenting nicely since Sunday. 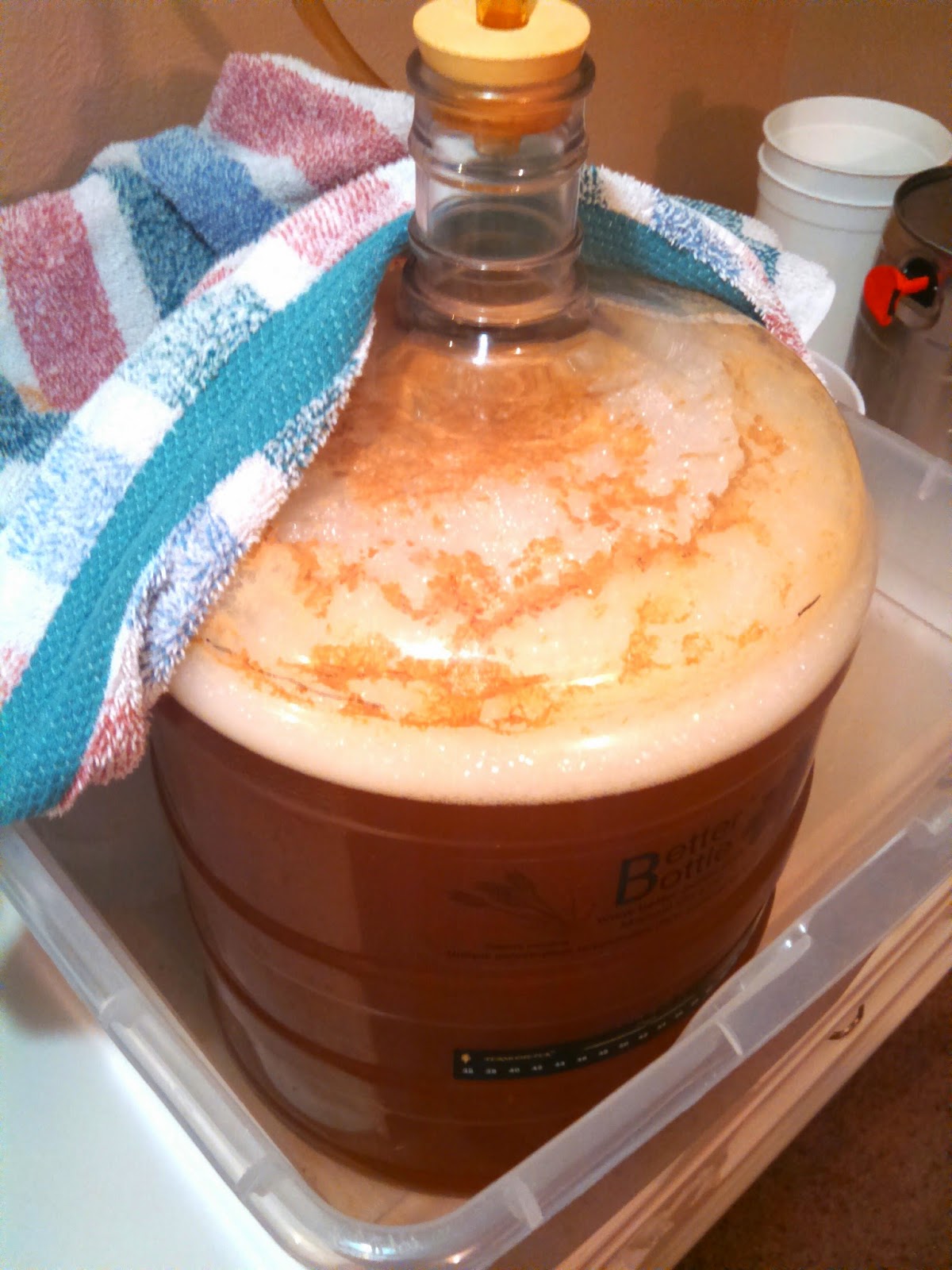 I will probably be transferring to secondary along with the dry-hops early next week.

I should be kegging by the 7th and probably drinking by Saturday September 13th.