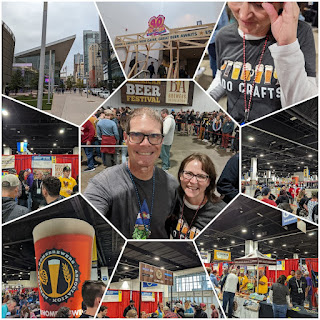 As you saw if you follow SheppyBrew on Instagram or Facebook, the Beer Model and I attended the Great American Beer Festival last weekend.
If you have been following this blog for awhile, you know that we attend the GABF just about every year.
It is always in Denver and as a member of the American Homebrewers Association, I'm allowed to buy tickets before the general public.
And it is fun, so the Beer Model and I make the effort to get there.
See Sheppy's Blog: GABF to see all the blog posts I've done.
Of course, we have not been since 2019, because it was cancelled due to the Covid pandemic.
We attended the Friday night session and the Saturday "brewers only" session again this year. 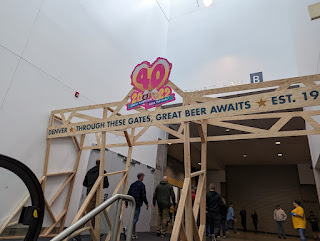 Just like in 2019, we stayed in a hotel downtown within walking distance of the Convention Center.
This really makes the experience more fun not having to travel all the way back home after the sessions. 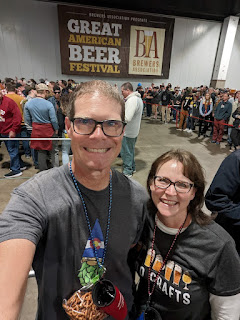 The festival was a little smaller this year than the past few years, but still fun. And ... it was still big enough that one session wasn't really enough to get to everything. 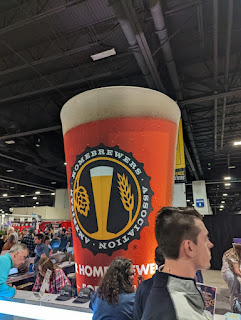 The GABF App is still pretty much worthless in the festival because it requires an internet connection which doesn't work great in that big hall.
So, I kept track of beers on my phone's notepad. That worked out pretty well. 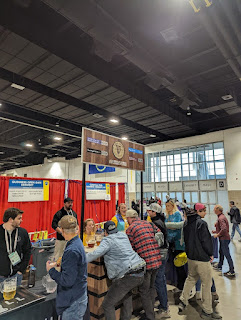 Usually the breweries are organized by geographic area. This year, it was alphabetical. I personally like the region organization better, but it was too big a deal. 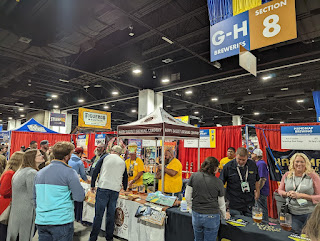 Most of the beers were really good. I only poured out a few, most of which were non-alcoholic beers. I'm not a fan of the newer alcohol free beers. They taste too much like unfermented wort for me. 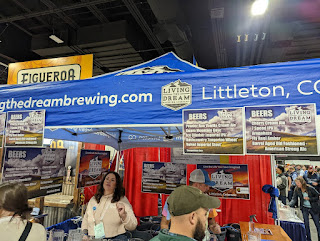 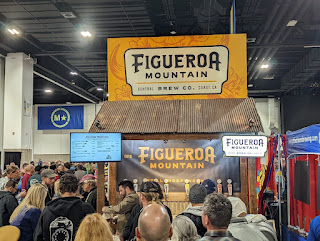 The wife went for a bunch of fruity, spicy, and chocolatey beers. 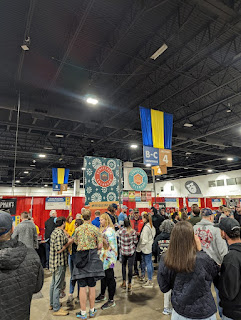 She actually had a couple of sour beers that she liked, which was quite a surprise to both of us. 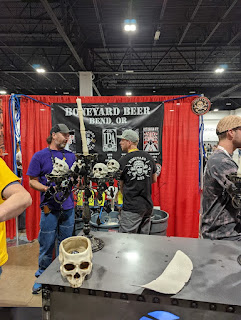 It seemed that Denver area brewers had most of the bigger booths with more decorations, which I guess makes sense, but a lot of the big breweries from previous years had much smaller footprints. 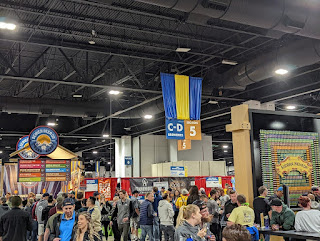 I think my favorite beer of the weekend was Sam Adam's Kosmic Mother Funk (KMF) Peach sour. Strangely, I had a hard time finding it on untappd and ended up having to create it myself. My wife had a list of breweries to visit that had beers that she thought she'd like. I just sort of wandered and dropped in at booths that "called" to me. 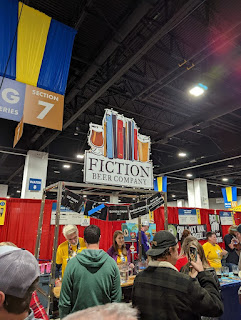 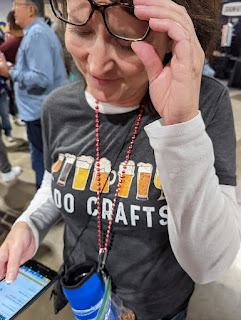 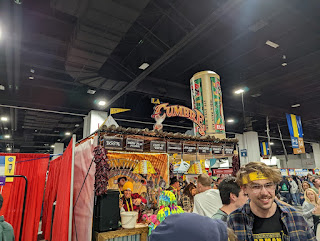 I think we both drank too much Friday night, so its a good thing our beds were a couple block walk away.
The view from the hotel room was spectacular. 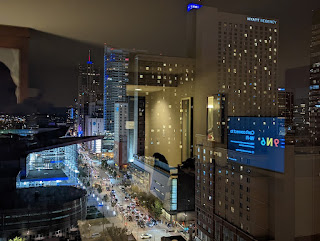 And ... of course by the time we went back Saturday afternoon, we were recovered. 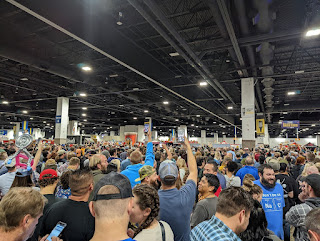 Saturday was pretty much just a continuation of Friday ... just hitting the sections we missed the night before. 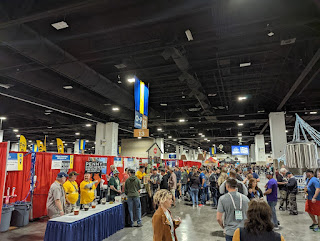 Saturday afternoon was (as always) a much more laid back vibe. More fun in my opinion. 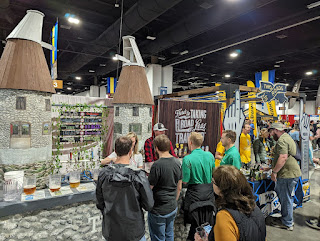 We were a little more responsible with the quantity of beer consumed. 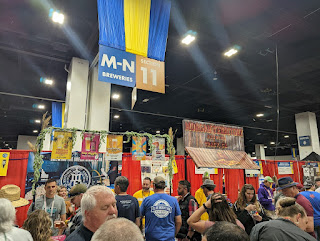 Note to self ... stop trying non-alcoholic beers. I tried the "gold medal" n/a beer, and had to dump it.
Yuck! 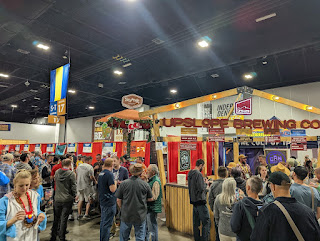 Most of the beers were good, though. 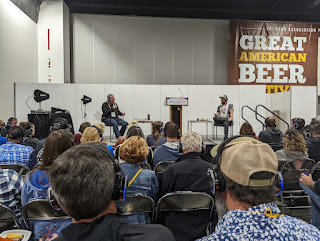 We attended a cheese and beer pairing session which was really good. 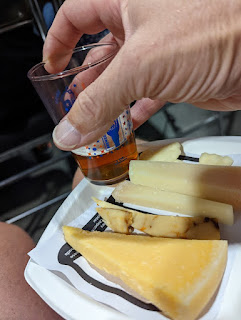 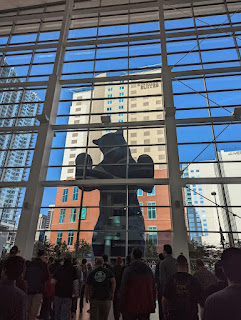 That is about it for this blog post. Lots of fun as always.