No Pumpkins were harmed in the brewing of this beer 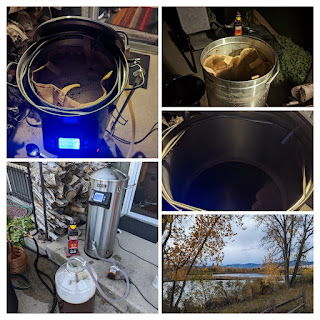 I brewed an Autumn Ale last Sunday.
No pumpkin or pumpkin spice was harmed in the brewing of this beer.
My wife (aka the SheppyBrew Beer Model) told me earlier that she didn't want to brew a pumpkin ale this year.
I'm not sure if it was because she didn't like the last one I made or if she got sick of me bitching that the pumpkin spice ale lasted from September to March last time I brewed it.
Regardless, I don't have a problem not brewing a pumpkin spice beer. In fact, I prefer it.
I do really like the name, though. And, I actually have always thought the base beer of my pumpkin beer is really good.
Will-o-Wisp Autumn Ale (no pumpkin) 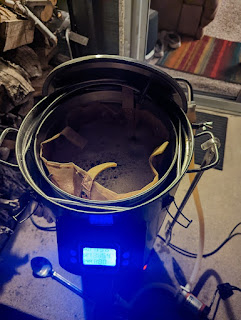 As usual, I prepped the water the night before. 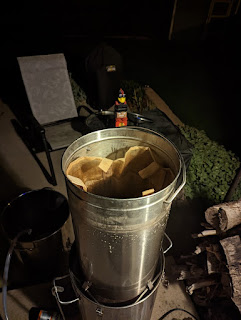 And got the mash started early in the morning. 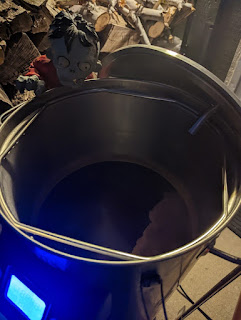 Most of the brewing was done before the sun came up. 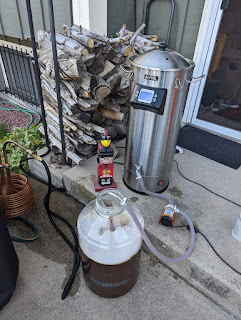 I got a bike ride in later in the day. 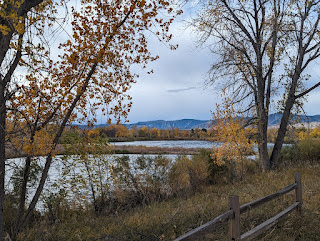 Anyway ...
As always stay tuned on the regular SheppyBrew Channels to see what is happening with biking, brewing, barbequing, and other things: SheppyBrew's Facebook Page; Sheppy's Twitter Feed; SheppyBrew's Instagram Page; and SheppyBrew's Website.Of course, don't forget to visit this blog often as well!
Go Blackhawks!
Posted by ESheppy at 10/30/2022 06:38:00 AM