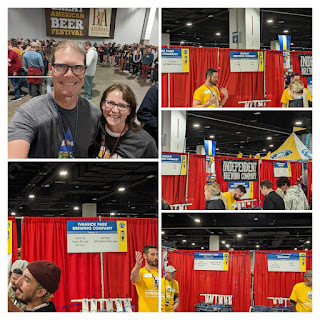 If you're following along on this round of the A to Z Denver Breweries series of posts, you know that we recently checked "H" off the list.
H is for Holidaily Brewing Company (DTC)
If you're familiar with the English alphabet, you realize that next up is "I".
In previous rounds ... "I" has an interesting history to the posts.
The first time through the list, we did I is for IronWorks Brewery and Pub. At the time, it was the only "I" brewery I could find in the Denver area.
By the time we got to round 2, Iron Works had closed, but another "I" brewery had popped up, and we did I is for [The] Intrepid Sojourner Beer Project. 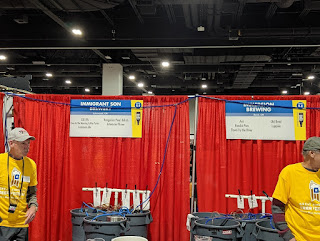 When we got to round 3, Intrepid Sojourner had closed and we headed down to Castle Rock for I is for Iron Mule Brewery.
Thankfully, Iron Mule hasn't closed, but we don't have any more local "I" breweries.
And so we had to take some artistic license for this blog post. 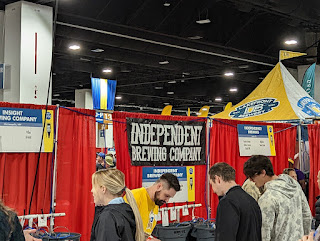 As you know if you've been reading along, we attended the 2022 GABF recently. There were not any Colorado "I" breweries attending, but there were a few "I" breweries from elsewhere across the country.
I is for: 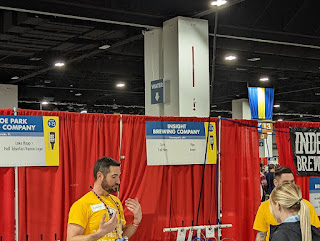 I had one sample at each of these brewery booths during GABF.
My favorite was probably Half-toberfest Vienna Lager at Ivanhoe Park. My least favorite was Horske Pivo from Immersion Brewing.
I'm not sure what the Beer Model had and/or if she liked what she had at these breweries. 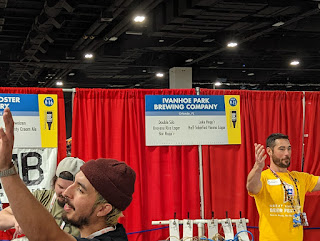 According to the Colorado Brewery Map & List, there are a couple local Denver-area options for "J" so we won't have to take artistic license next post in the A to Z series.
Keep an eye on  Sheppy's Blog: A to Z to see what we end up going to.
And ... as always stay tuned on the regular SheppyBrew Channels to see what is happening with biking, brewing, barbequing, and other things: SheppyBrew's Facebook Page; Sheppy's Twitter Feed; SheppyBrew's Instagram Page; and SheppyBrew's Website.Of course, don't forget to visit this blog often as well!
Go Blackhawks!
Posted by ESheppy at 10/21/2022 05:43:00 AM

Email ThisBlogThis!Share to TwitterShare to FacebookShare to Pinterest
Labels: A to Z, Beer Model, Brewing, GABF