I is for Iron Mule Brewery 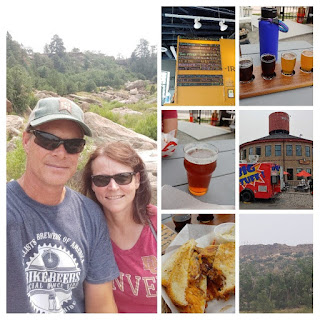 If you're following along on this round of the A to Z Denver Breweries series of posts, you know that we recently checked "H" off the list.
H is for Holidaily Brewing Company
If you're familiar with the English alphabet, you realize that next up is "I".
The first time through the list, we did I is for IronWorks Brewery and Pub. At the time, it was the only "I" brewery I could find in the Denver area.
By the time we got to round 2, Iron Works had closed, but another "I" brewery had popped up, and we did I is for [The] Intrepid Sojourner Beer Project.
Again, there was only one "I" brewery in the Denver area.
Sometime between the time that Intrepid Sojourner disappeared and now ... still another "I" brewery popped up for us to go to.
I is for Iron Mule Brewery 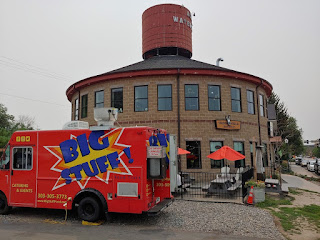 According to the Colorado Brewery List, Iron Mule Brewery is the only "I" brewery in the Denver area, and actually I have to stretch the definition of "Denver" a bit to count it.
It is located in Castle Rock, Colorado at 514 Perry Street, Castle Rock, Colorado 80104.
The SheppyBrew Beer Model (aka my wife) and I stopped by last Saturday for lunch after a hike at Castlewood Canyon State Park. 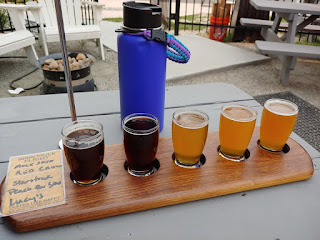 It is a nice location in the old downtown area of Castle Rock. It has a pretty good view of the famous Castle Rock that the town is named after.
They had a food truck on Saturday, which seems to be typical most days according to their website. 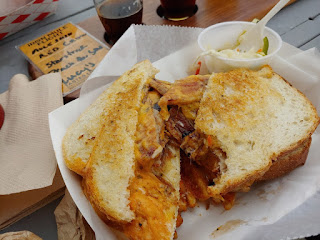 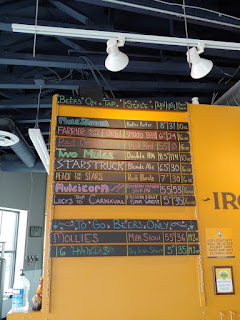 After the flight, I asked for a sample of a beer they called "Muleicorn". It was a Sour Raspberry Milkshake IPA, which really wasn't my thing, but I had to give it a try.
I had a 10 oz pour of their Two Mules Double IPA, which was good. My wife had a pint of the blonde she liked. 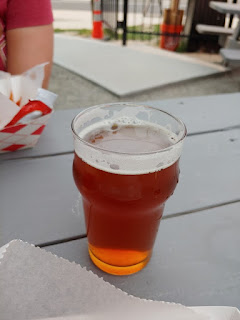 Their "On Tap" section of the website seems to pretty well up to date if you'd like to see what they have as you read this post.
It is a great little brewery, and the beers were all nicely brewed. If you're in the Castle Rock area, check them out. 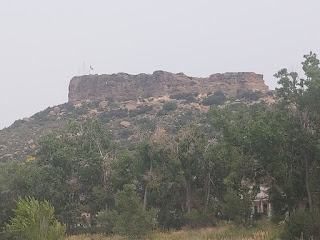