What the hell happened to the summer? August is almost over. My kid is back in school. WTF?

It seems like just a little while ago that I posted Updating the Homebrew Colorado 6 pack. However ... that was back in MARCH! Almost 5 months! Almost half a year ago!

So ... at the time I had Sin Lima Mexican Lager on tap and figured I could get Ska's Mexican Logger any time. But apparently, I misjudged how quickly the seasonal Mexican Logger would be available, and by the time I found it in any stores, Sin Lima was gone. 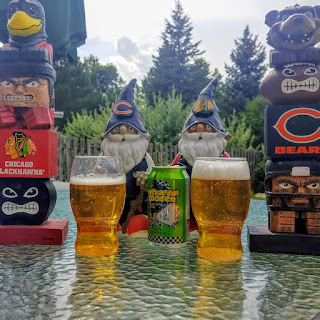 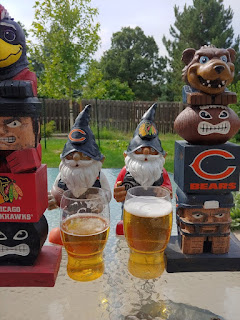 They are very close. The color is identical. Ska's beer was a little more clear, but TRaSh was very close. In fact I think if I had waited a day or two the clarity would have also been identical.
TRaSh had a bit more body and malt character than Mexican Logger, and its head was thicker and longer lasting.
Hop bitterness and flavor was exactly the same to my pallet. Mexican Logger had just a touch more Saaz hop aroma.
I was pretty impressed about how close these two beers were. 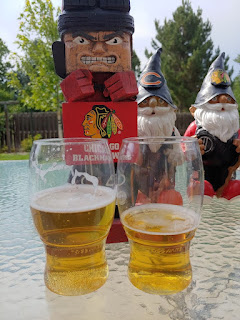 I had the Beer Model evaluate these two beers side by side as well. She agreed that the two beers were almost identical. She pointed out the clarity was the only thing that she would be able to distinguish the two beers on.
For what it is worth ... the T.Ra.Sh. Light Mexican Lager has continued to clarify, and now I think the two beer are even closer.
T.Ra.Sh. is also almost gone. I brought it to a work picnic / party / "we-have-not-seen-each-other-for-a-year-and-a-half-because-of-covid-event". It was a hit, and as a result, the Beer Model and I don't get as much as we would have otherwise. 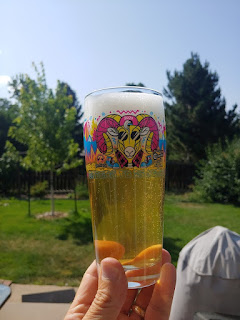 My Sin Lima Mexican Lager (batch 293) is still in the fermentor, but close to being ready to keg. I will almost certainly be doing another side-by-side comparison to see if Sin Lima or T.Ra.Sh. Light is the right match to Ska's Mexican Logger,

If you keep an eye on Sheppy's Blog: 6 Pack Project, you'll see what I think. Sin Lima does use more saaz hops, so I think it is closer, but we'll see.