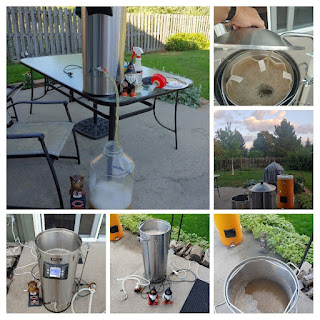 As you know if you read Shoddy Pale Ale Take II (Batch 294), I had a problem with my Lithuanian Farmhouse yeast and had to pick up a pack of dry LalBrew Voss - Kveik Ale Yeast to ferment the beer.
I fermented out that batch of Shoddy, and harvested some of it to brew again.
This past Sunday, I decided to brew up a beer with it.
I have to take advantage of the hot August days.
One of the things I see people talk about online quite a bit, is using Kveik yeast for "Pseudo-Lagers".
To be honest, I'm not sure I believe that Kveik yeast ferments out that clean, and actually Voss is not a strain that is supposed to produce a lager-like profile.
Even so, I thought I'd give that concept a try, and came up with a recipe very similar to some of my real lagers.
N.T.S. Faux Pilsner 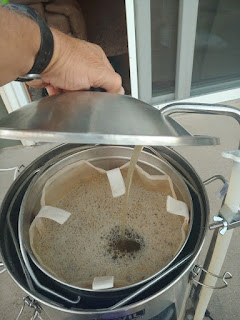 N.T.S. stands for "Noble Tettnang and Saaz", which are the flavoring hops I used in the recipe. 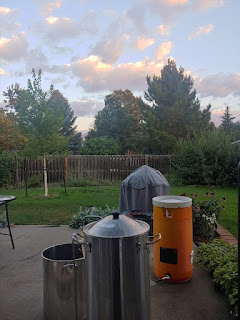 I got started on Sunday morning. Usually, I prepare the water the night before brew day and set the Anvil's timer to be ready to go when I get up.
Saturday, I never prepped the water, so I had to do it Sunday morning. 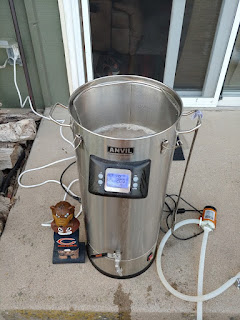 My brew day was a little slower than usual as a result. 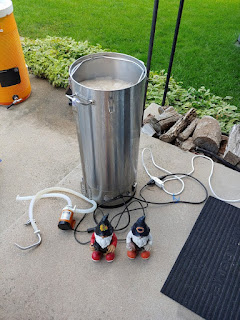 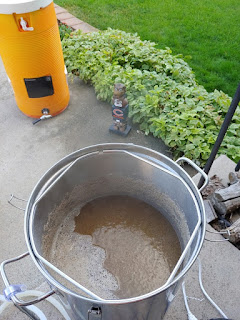 I only had to chill to the mid 80's. I pitched the yeast and was cleaned up before 10AM. Less than 5 hour brew day. 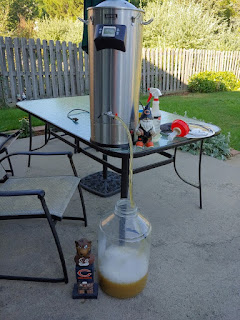 The yeast took off by late-morning / early afternoon. 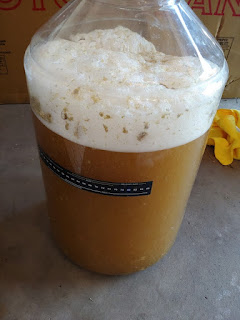 Fermentation should be done by mid-week, and I hope to keg by the weekend.
I'll be sure to let you know how it turns out.


Don't forget that you can always stay tuned on the regular SheppyBrew Channels to see what is happening with beer and other things: SheppyBrew's Facebook Page; Sheppy's Twitter Feed; SheppyBrew's Instagram Page; and SheppyBrew's Website.
Of course, don't forget to visit this blog often as well!
Posted by ESheppy at 8/25/2021 06:45:00 AM