H is for Holidaily Brewing Company 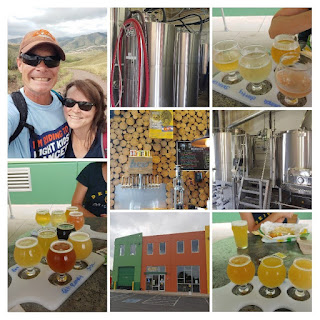 If you are following my A to Z Denver Breweries series of posts, you know that the SheppyBrew Beer Model (aka my wife) and I are working through our third round of breweries.
Last week, we hit Grist Brewing Company (Rare) to get our 3rd "G" brewery checked off.
If you're familiar with the alphabet, you probably realize that next up was to find a brewery that starts with the letter "H".
There are quite a few "H" breweries on the Colorado Brewery List, but most of them are either too far away, or breweries we've already visited.
In fact, there was one logical choice to visit next. And, this past Saturday, we decided to give it a visit ...
H is for Holidaily Brewing Company 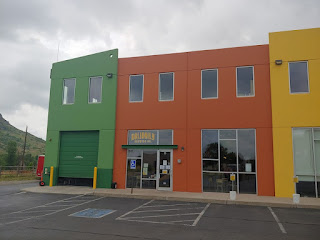 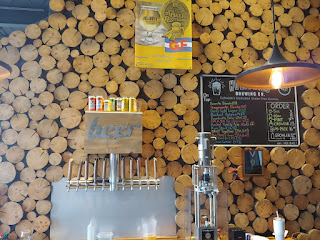 To be honest, my history of tasting gluten-free beers isn't great. Before Saturday, every gluten-free beer I've tried has a off-flavor that I really don't like very much.
Because of my previous experience, I was not really looking forward to trying Holidaily. I needed an "H" brewery, though, so I had to make the trip 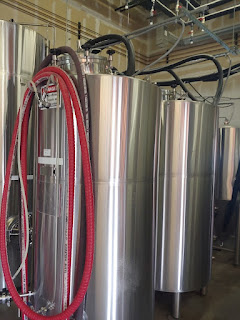 And ... I was pleasantly surprised when I visited this brewery.
A few of the beers had the same off-flavor I remember getting in the past, but it was much more subtle than all other GF beers I've had.
And, to be honest about half of them didn't exhibit that flavor at all. 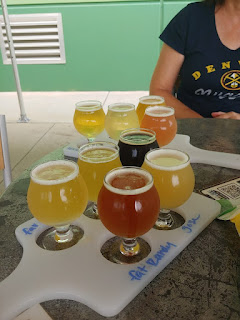 In all, we tried 12 beers. Some of them we didn't like as much as others, but they were all better than any other GF beers I've ever had. 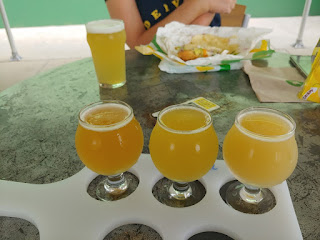 The taproom location ... 801 Brickyard Cir. in Golden, Colorado ... is conveniently close to some great hiking / mountain biking trails.
It's a really nice taproom.
I would stop by again ... even though I love glutens as I do. 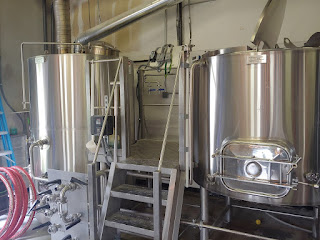 
Hint ... it starts with the letter "I" and is on the Colorado Brewery List.