Tonight, I am brewing up Eric's Red Ale. I changed the recipe from the last few times to use up my Mr. Beer inventory. I did not feel like coming up with a new name or a new label, so I am just calling it Eric's Red. I have to formulate an all-grain version of the recipe, anyway, so none of the extract versions of the beer will be used again (probably).

For quite awhile, I considered Eric's Red my "flagship" beer, but I have not brewed it since January. After this batch it is still tied as the most often brewed beer in my lineup. I still enjoy red beers. Quarter Life Crisis has just sort of taken over as my red of choice. 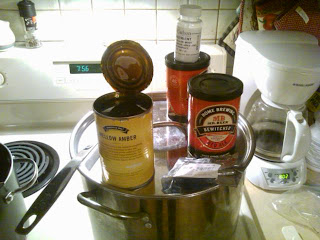 This brew day will be very quick and easy compared to anything I have done recently. Even the Wetta Blonde I did a few batches ago was slightly more complicated than this Eric's Red. I am just doing a 15 minute boil with one hop addition. Then, cool down the wort, transfer to a fermenter, and pitch the yeast. Simple quick and easy. 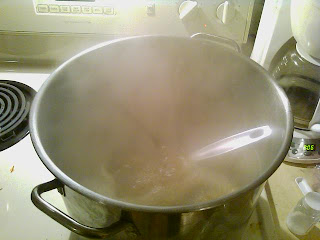 Should be drinking Eric's Red in a month and a half. Yum! 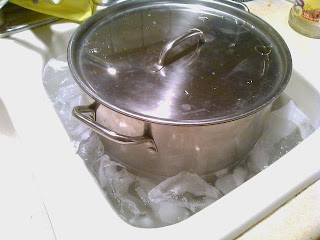 I snuck this video into the blog just for the fun of it (facebook readers will have to go http://blog.ericshepard.com/2010/12/brewing-erics-red.html to see the video)