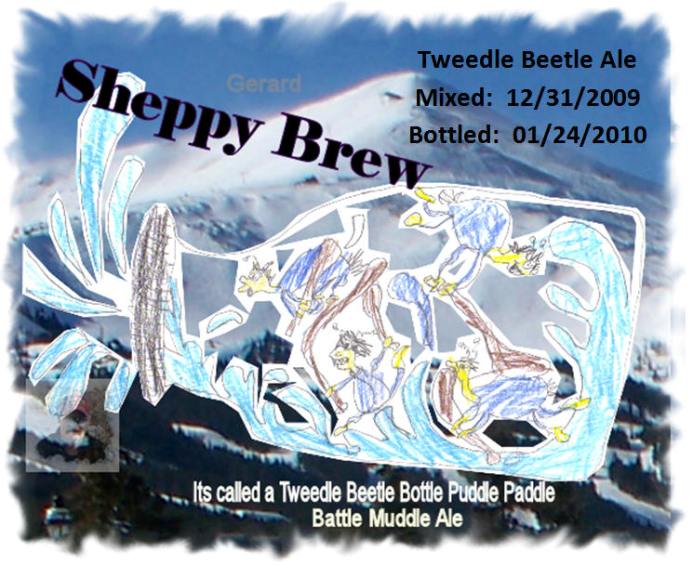 DAVE BUTLER ... before you suggest turning on moderation for all comments ... go back and read my responses to your previous comments (also in Part I and Part II ) .

Well, to answer your question (if you indeed found yourself asking the aforementioned question), because only Tweedle Beetles would go through this much pointless effort just to aggravate me. And it turns out, they did have a motive to keep me distracted.

You see, this weekend was the The Summit Foundation 24th Annual Great Rubber Duck Races. I have made no secret of the fact that Tweedle Beetles cheat. Specifically, I have shared many times that the Tweedle Beetles work with the Summit County Mob to fix the Duck Races. (don't believe me ... just go to http://blog.ericshepard.com/search/label/tweedle%20beetles and look at all the things I say about their evilness).

Obviously, they thought that if I was busy trying to write code to combat the attacks and was just completely flustered during the weeks leading up to the Duck Races, I would not have time to train my ducks. There are over 10,000 ducks in the race (usually ... this year the number was down to closer to 8000 ducks), and without a strict training program there is no way my ducks would have a chance to compete with those of the cheating Tweedle Beetles. Certainly the week or two leading up to the big races are the most critical training days.

But, this year the jokes on them. Yes, we actually won a prize because one of our ducks finished 12th. Obviously, they were mistaken when they thought they could rattle me enough to stop my ducks from winning. 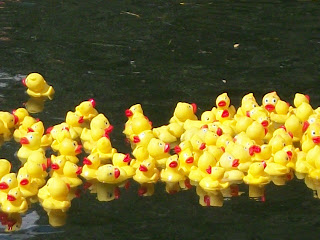 Dave, the author of "Fermentedly Challenged", gave me another idea. He left a comment on Tweedle Beetles Return Part I talking about how there seems to be a trend of people preferring to comment on Facebook and Twitter rather than leaving comments on the blog. That triggered me to remember months ago starting to look into some of the Facebook developer tools. Adding facebook comments to a website is just a matter of copying and pasting (which as I mentioned before is 90% of what I do as a software developer) a tiny little bit of html/javascript into the source of your page. So, I have completely turned off the public comments to the website and replaced them with the facebook comment widget.

Perhaps I'm just too much of a geek.