If you've never been to the GABF, I won't be able to properly explain it to you, so I won't even try.

The best beer I had was probably the 2nd one I had at Session 1, Thursday Night. I remember that the New Glarus Black Top IPA was fantastic. I didn't take great notes, but it did stand out to me. Apparently the judges agreed with me as they awarded it a gold in the American-Style Black Ale category.

The GABF needs a better way to find beers by category. Why can't they include that on their website beer list or, better yet, a searchable interactive web page?

There was a Gluten Free Beer category this year. Actually, it has been a category for several year, but this is the first year I've noticed it. Strange Brewing company from Denver won the gold in the Gluten Free Beer category this year. The woman we dumped our kids on for the GABF weekend has a gluten intolerance, and might be interested to try Strange's beer. I asked on their facebook page if they have it available right now or will again in the future. I've also been thinking of trying to brew a Guten-free beer myself.

All of the medal winners are listed here: GABF Winners.

I NEED TO TAKE BETTER NOTES on the beers that I try. Not sure the best way to accomplish this. Hopefully, there will be a GABF droid app that helps out... although maybe a notebook and paper would actually be better. I just don't know. Either way, DON'T forget my game-plan list.

Next year, I want to attend more of the Brewer Studio Pavilion sessions. The one I attended was probably as interesting and entertaining as anything I did at GABF this weekend.

I should probably also attend some of the Beer & Food Pavilion demos.

Probably want to go to the bathroom right before either Brewer Studio Pavilion the or the Beer & Food Pavilion.

Colorado won the second most medals (2nd to California) and the most gold medals. See the Denver Off the Wagon article where I got that information. 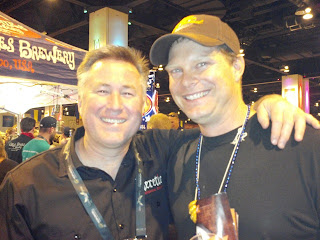 Jamil Zainasheff might be the nicest brewer in the world. That is saying a lot because all the brewers I have ever talked to or heard interviewed seem extremely nice.

My wife was the hottest chick at the GABF 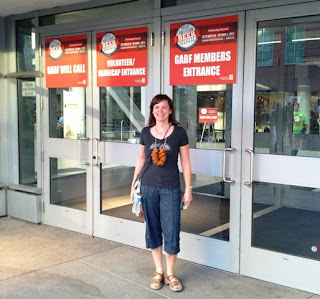