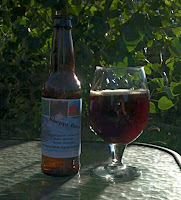 For what it is worth, the 3rd Quarter Stats post from last year are the 9th most popular post all-time on this blog. I know you don't really care, but let's be honest, you've probably already lost interest and won't read the rest of this blog post anyway.

SheppyBrew now owns 3 kegs. The price of corny's came down significantly at The Brew Hut, and I snatched another one up. I think I might purchase another one in November to bring the total to 4. I think 4 will be my limit for awhile, but we'll see. I got myself a Beer Gun, which means I can bottle straight from the keg. This is a nice development for the nano-brewery. 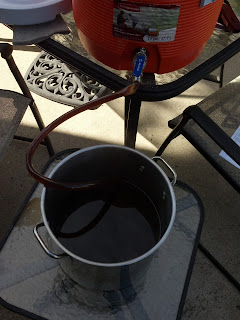 I brewed another batch of Stouticus to distribute at work (see Thankyou Stouticus). This time, I used it as a bribe to get additional donations to the 2nd Wind Fund. I am distributing to less people. This select few will get more to drink, and I will be able to take a bigger cut as well. Our company was acquired, and the COO (actually, he has a less impressive title now that he is not an owner anymore) gave the last 2 of his bottles of the last batch to the corporate suits who came to talk to us about the transition. They are already talking about another batch to commemorate the assimilation (I think they are talking a new recipe ... not another Stouticus). I'm wondering if I can expense an upgrade brewing equipment to the new corporate entity that took us over.

Last time (2nd Quarter Brew Stats), I mentioned that I had switched to BIAB and that I was thinking of doing the BIAB mash in a cooler. Since then, I've decided to go back to the traditional infusion mash tun in that 10 gallon cooler. I decided that BIAB was not for me. (see Back to the mash tun). The 10 gallon cooler uses a false-bottom so hopefully the issues I had with the stainless braid won't come into play.