Speaking of Beer Can Chicken .... well, ok we weren't, but I thought maybe we should. 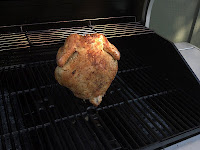 But first ... since May of last year, every month blog has had more "page views" than any other month in the history of this blog.

As I write this, it looks like this blog's streak of record-breaking months is going to stop with June. The number of page views don't look like they will get over May's total. Today is the last day of the month and weekends never get a whole lot of traffic here. It is close enough that had this been a weekday, I would feel more confident. But I think the streak will be over.

It was a good run. It looks like June will still be #2 all-time and had this been a 31 day month, it would easily get to the top spot even with this last couple days being weekend days.

Here are the posts that people have been looking at most in June.

Geneva Park Campground Aug 2, 2010 ... For some reason, our family camping trip a couple years ago gets interest every so often. People seem to come to the page quite a bit from the Google image search. Good to see people come here for more than just beer.

My 500th Blog Post Feb 5, 2012 ... #4 on the all-time list. I realize this sort of blog posts about blogging probably bore y'all, but I think it is interesting to track how my different articles do month to month and over time.

Killing the Glutens Jun 6, 2012 ... Another of June's posts. Talks about a technique to reduce gluten proteins in beer that allows me to make "real" beer. This is opposed to making beer out of gluten-free ingredients which never tastes quite right (to me).

Sheppy's Beer Can Chicken Jun 13, 2012 ... I don't really know how much the beer can had to do with it, but the chicken was awesome. I love grilling. See below for more on this concept ... 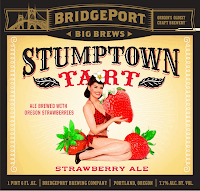 So there you have the top-10 most viewed posts on the blog for this month. I know this is not very interesting to very many people, but I like to look back at these "blogging" posts and see how these things change from month to month.

So, back to Beer Can Chicken .... I came across an article today: Debunking Beer Can Chicken: A Waste Of Good Beer (And It Is Dangerous) by "MeatHead". MeatHead makes a very well thought-out and logical argument against Beer Can Chicken. Everything he says makes sense.

Read the article. It is good. I think his "dangers" are mostly just things that anyone who knows how to cook should already know how to avoid. I mean ... did he really have to mention "If you forget to open the can, it can explode"?

As you know if you read Sheppy's Beer Can Chicken, I loved the chicken that I made. I am actually very open to the idea that the chicken would have turned out just as tasty and wonderful using some other method of cooking. In fact, I didn't mention it in my blog post, but I've told some people that I want to try using my grill's rotisserie attachment again to see how the bird turns out without beer stuck up its butt.

I know that the first time I cooked a chicken using the rotisserie, there are things I should have done differently. I absolutely know that I can improve upon how it turned out.

I also recognize that Beer Can Chicken is somewhat gimmicky. It just is. To be honest, I don't really care that it is a gimmicky. There is an element of fun in just saying that you cooked a chicken on the grill with a can of beer up its butt. Even if my rotisserie chicken turns out just as awesome as I remember the beer-can chicken, I am still going to do the beer-can chicken from time to time because I think it is fun.

So, anyway ... stay tuned for a future blog post in which I tell you how my next grilled chicken turns out. It might even be this weekend. Just writing about it is making my mouth water.