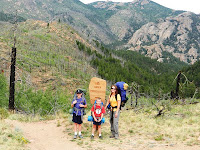 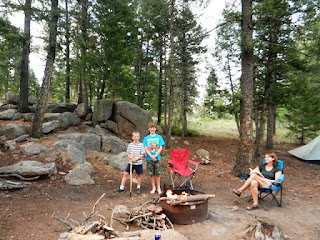 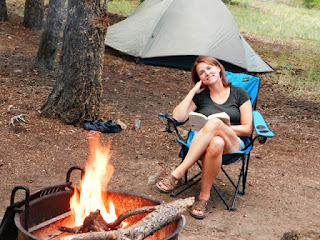 We've had a pretty busy summer that has just flown by. It turns out that the best (and very likely the only) opportunity we would have to backpack before the boys get back to school was this past weekend. Where did the summer go? 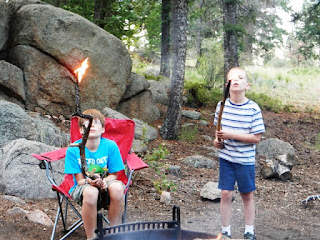 I decided to take a vacation day Friday and leave a bit early Thursday so that we would have more than just a day in the wilderness. Thursday night we stayed in a drive-up campground called Kelsey. The boys and I actually stayed there a night in 2007 when they were both pretty small (see Kelsey). We even stayed in the same site this time. My oldest sort of remembered the campground and site, my youngest did not remember at all.

We had fun at Kelsey. Then, early Friday morning, we packed up our packs and drove the rest of the way to the Goose Creek trail head in the Lost Creek Wilderness. This is the same place that Connor and I went back in May, so you might think the rest of these pictures look very familiar. 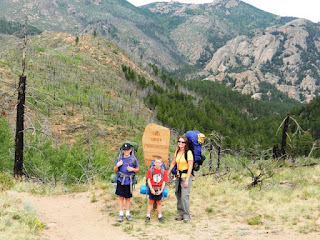 We got started hiking at about 9:30. Both boys really kept up the pace well. 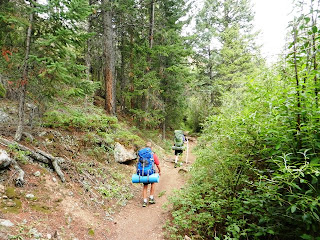 The boys had convinced me to invest in CamelBak bladders, which their new packs had cool little compartments for. This, quite frankly, was a great investment. Little brother, especially, really seemed to hike better, and was very obviously well hydrated during the hike because of the ability to drink while hiking. If you are backpacking, or even just hiking with a child, I highly recommend spending the money for a CamelBak. 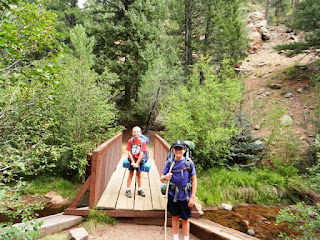 We arrived at the spot that Connor and I got to last time in less than an hour. We stopped and filled up water bottles. Connor's CamelBak was already empty at this point. 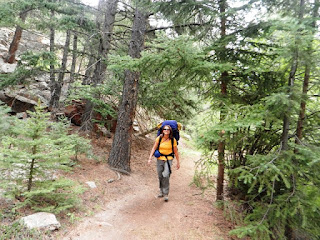 Then, we started the hard part of the hike. It was a pretty good climb. Both boys did well. Momma struggled quite a bit. 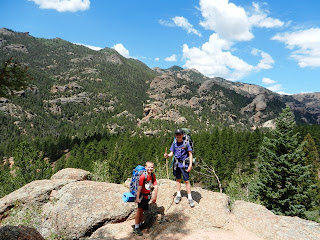 We had lunch at our favorite cave. 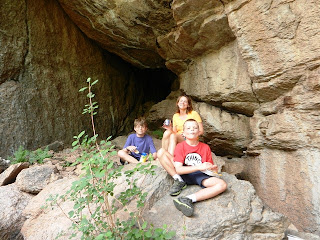 After lunch, it was just a little bit of a hike to the historic building around the Lost Park Reservoir Site. 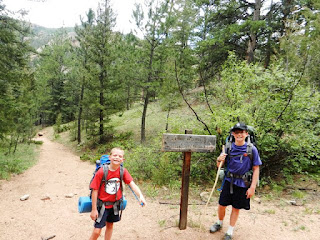 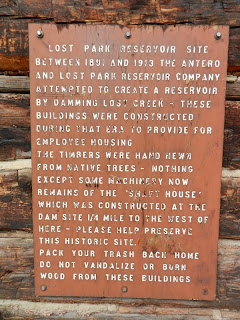 We set up camp less than a quarter mile from the historic buildings. Our campsite was great. It was pretty close the the river among many huge climbing rocks and quite a few trees. I am a little mad at myself for not getting pictures of the campsite. It was really a perfect little back-packing camp. 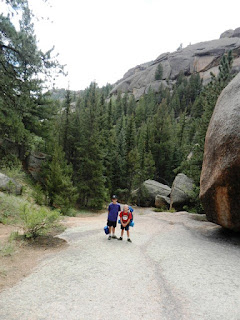 The boys really had a fun time playing. It is nice to know they don't need T.V. and video games to entertain themselves. 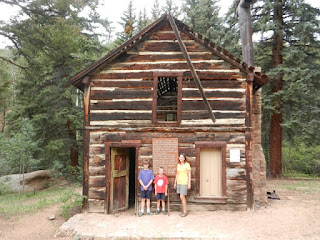 After some exploring and playing in the area, it started raining. We spent a few hours in the tent. We read and played cards and napped. It was very relaxing and actually very fun.

The rain lightened up a bit around supper time. I cooked in the rain. I know this is a no-no, but I let the rest of the family eat in the tent. 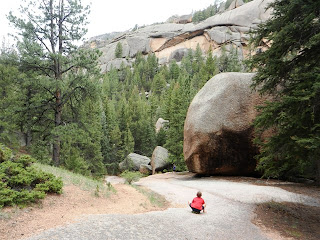 Eventually, the rain stopped and the others came out and explored and played some more until it was time for bed.

The next day (Saturday), we had breakfast and packed up our stuff. We had decided to hike back about half way so the we could experience another campsite (which was important to my oldest, the first-time backpacker) and so that we would have an easier hike out Sunday. 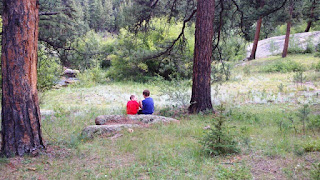 Of course, this part of the trail was the toughest, and it took us a couple hours of climbing and then descending. I think Big Brother spent more time waiting for the others than hiking. But, we got to a few good campsites around lunch time. The site that Little Brother and I had used last time was taken, but there was an open spot just a little way down from there. 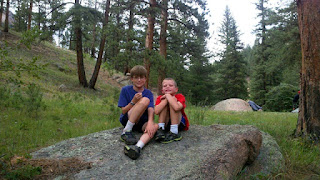 We had lunch and explored and played some more. 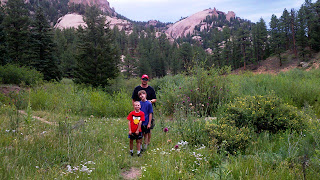 Again, I was amazed at how well the kids entertained themselves. They really had a great time. 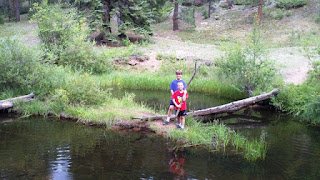 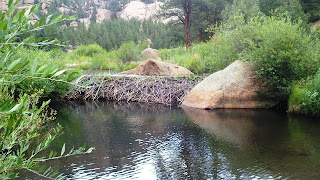 It started raining again. Again, we spent a fair amount of time in the tent. Again, I had to make dinner in the rain. Again, I let them eat in the tent despite the fact that it is a big no-no in the wilderness.

It decided to stop raining pretty much right after everyone was done eating. The rest of the family came out and played outside until bedtime.

It was a great day of fun.

The next day was Sunday and we packed up again after trying to let the tent rain-fly dry a bit. We had breakfast, filled water bottles and CamelBaks, and then hiked back.

It was a short hike back to the mini van.

We had pizza at a little restaurant on the way home for lunch.