KFC on the Vortex 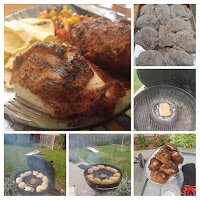 I've been playing around with Kettle Fried Chicken (KFC) for a few months now.
When I got my "Vortex" for father's day, one of the things I really wanted to try on it was KFC to see how it affected that recipe.
This past weekend, I had chicken thighs I wanted to grill, and I decided to use them to make KFC and test out the "Vortex" to make them.
So. That is what I did.
I started early in the afternoon by combining flour, bread crumbs, corn starch, and various spices in a bag.
I covered the chicken thighs in pam and then threw them into the bag to cover them with the flour mixture. 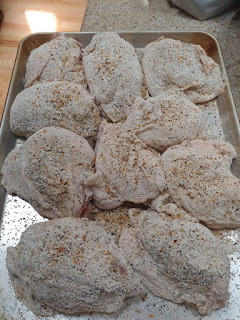 Later, about 15 minutes before starting the cook, I started pretty much a full chimney of charcoal.
Once those were lit, I dumped them into the vortex and put a chunk of pecan wood on top. 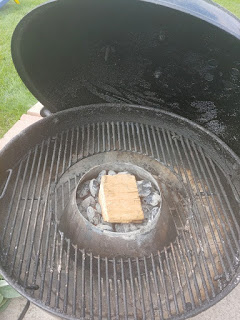 Then, I put the thighs on the kettle and let them cook. 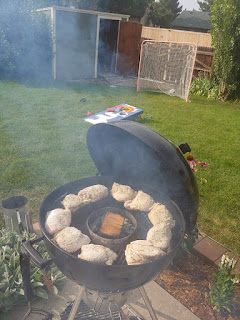 Every 10 or 15 minutes, I rotated the lid a quarter turn to change the smoke flow in hopes that it would even out the cook. 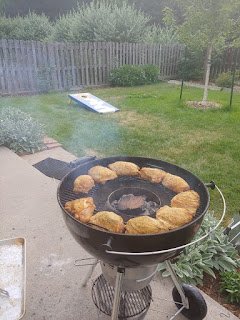 After about 45 minutes, I moved the pieces over direct heat for a few minutes each. 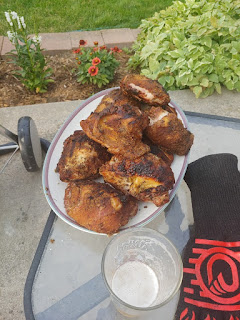 The chicken was ready for dinner time. I thought it turned out great. I'm not sure it was any better with the vortex than the "regular" charcoal baskets.
I think I probably should have given a little more time so I wouldn't have to direct cook at the end. 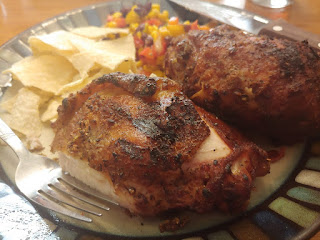 So ... I'll be doing this again sometime. Stay tuned on Sheppy's Blog: KFC to see how future cooks turn out.
As always, stay tuned on the regular SheppyBrew Channels to see what is happening with beer and other things: SheppyBrew's Facebook Page; Sheppy's Twitter Feed; SheppyBrew's Instagram Page; and SheppyBrew's Website.