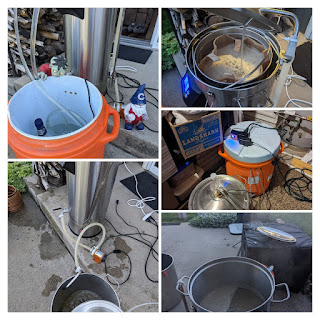 I took a little "break" Sunday from all my GCC Riding (sort of).
I had a blood donation in the morning, and so I decided that I would not be doing anything long.
Since I had not brewed in awhile ... last time was August 28th (see Brian Phelps Pale Ale (Batch 318)) ... I thought it would be a good idea to brew beer on a weekend day on which I was not riding a bunch.
So ... I brewed Sunday.
The beer I brewed was one that I brewed earlier in the year ...
I really enjoyed this light refreshing lager ... and my wife's family drank most of it
Jethro Bud Nelson Merican Lite Lager 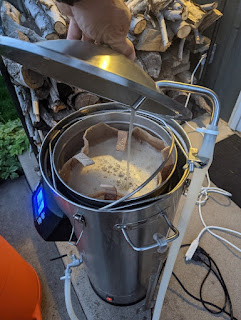 I prepared the water the night before and set the timer to get the strike water heated up by the time I woke up.
I woke up, started the mash, and then headed to give blood. 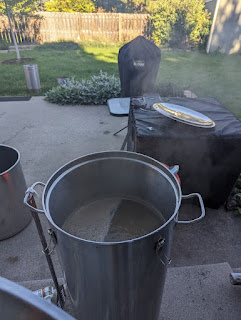 So ... the mash was about done by the time I got back home. 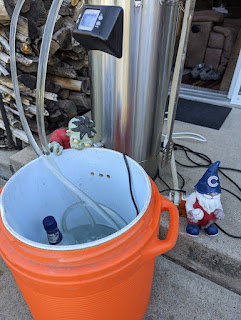 The brew day went well. No major concerns at all.
I did end up going on a 30-some-mile bike ride later in the day. 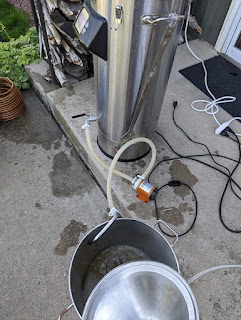 It is fermenting away right now. I am looking forward to giving it a try in a couple weeks. 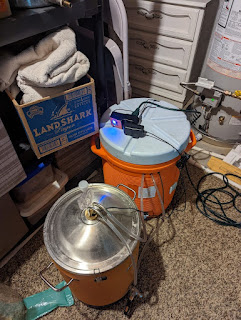 As always stay tuned on the regular SheppyBrew Channels to see what is happening with biking, brewing, barbequing, and other things: SheppyBrew's Facebook Page; Sheppy's Twitter Feed; SheppyBrew's Instagram Page; and SheppyBrew's Website.Of course, don't forget to visit this blog often as well!
Go Bears!
Posted by ESheppy at 9/20/2022 06:21:00 AM