O is for Ohm Brewing Company 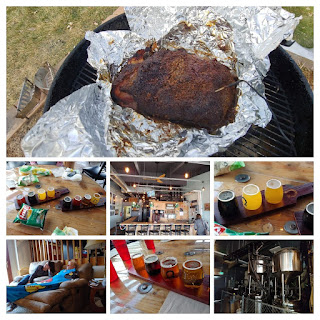 If you follow this blog semi-regularly ... you're probably familiar with my "A to Z Denver Breweries Project"

Basically, I am making my way through the many breweries in the Denver area.

At some point, I thought it would be fun to work my way through alphabetically, so that is what I'm doing.

And ... quite frankly ... most of those brewery visits have been since August ... less than half a year.

I flying through the alphabet this time through. Flying!

Why am I moving so much faster? Well... this time the Beer Model is more involved, and she pushes me much harder than I was pushing before.

Also (probably even a bigger factor) ... my kids are both in High School and it is increasingly difficult to get them up on the weekends to go do things ... so my wife and I find ourselves doing more things without the kids.

This includes drinking at breweries.


O is for Ohm Brewing Company 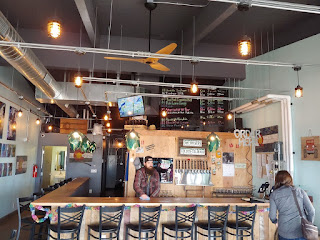 Sunday, December 22nd, my in-laws were in town, and my wife invited them along to visit our "O" brewery.

Apparently, they don't follow this blog, because they had never heard of this concept.They thought it was sort of cool, though.

So, we traveled up to Golden, Colorado to a Subway Restaurant to pick up lunch food. Then we traveled to the tiny little Ohm Brewing Company tap room and brewery. 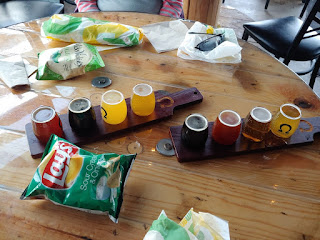 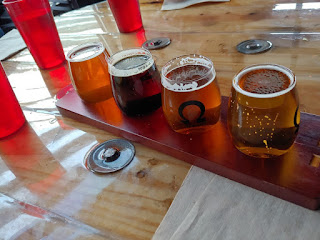 We tried everything they had on tap on this particular Sunday. 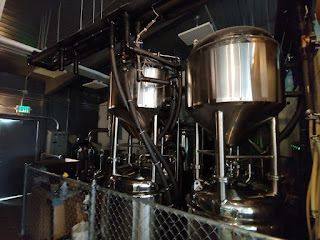 The brewery part of this place is much smaller than most breweries I visit. They have a 3 barrel system with some 3 barrel fermentors with some 6 barrel ferementors. The guy at the bar told me they brew about once a week.

It was certainly a nice place to visit for Sunday lunch. 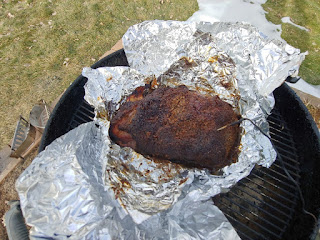 I also smoked a pork butt on Sunday. It was pretty awesome. But, when I got back home from this brewery, the temperature probe was beeping.

If I'm counting correctly, that is like 16 new breweries for me in 11 months. I'm averaging 1.33 breweries per month this time through.

And ... keep in mind ... I didn't really even get to C is for Colorado Plus Brew Pub until August. I'm averaging 2.6 breweries since August.

Last time through, it took me over 20 months to get to "O". That was only 0.8 breweries per month.

If the Beer Model stays on me, I should finish up before mid-2020.

Keep watching Sheppy's Blog: A to Z to find out how we do!