P is for Peak to Peak Brewery 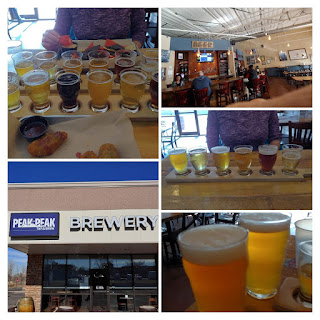 If you follow my "A to Z Denver Breweries Project", you know that I finished 2019 strong.

Most of those brewery visits were after July.

I got to B is for Briar Common Brewery + Eatery in early April, and didn't get to C is for Colorado Plus Brew Pub until August.

My first time through, it took me 20 months to get to "O" (O is for Our Mutual Friend Brewing Company).

I don't think I'll keep up the ridiculous pace that I did after August last year, but I am planning on finishing my way through the alphabet by the end of 2020. If I do one a month, I should finish by November.

Then, I'll probably start over again, but we'll talk about that when we get there. 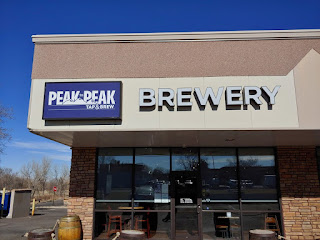 The one on Iliff is open earlier and has a food menu, so the SheppyBrew Beer Model and I decided to check that one out last Saturday. 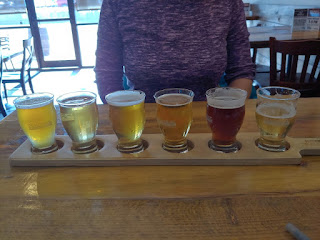 We had two flights of 6 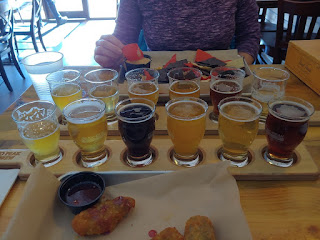 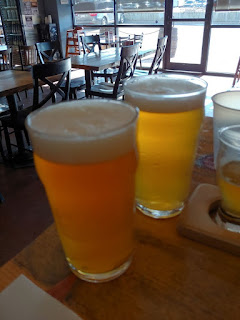 Afterwards, we got a couple of pints. I got the hoppy wheat, and I think my wife got the Australian Pale Ale.

In addition to beer, we got some appetizers (chips/ salsa and jalapeno poppers), and some lunch. We both had the philly cheese steak sandwich.

I really liked the food. 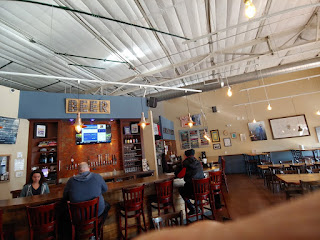 So ... we enjoyed the food and beer. The location is a bit far for me, but if you are in the Aurora, it is in a nice central location.

The tap room is nice and the bar tender / server was friendly.

Give it a visit.

Next up. "Q". Other than Q is for Queen Bee Brews, (which I've already used) I don't have a bunch of options of places that begin with the letter Q.

But, I promise I'll come up with something.

Stay tuned on Sheppy's Blog: A to Z to find out what we pick!