B is for Bull and Bush Brewery 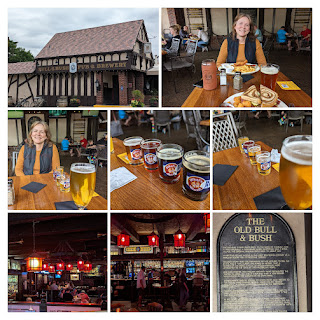 It was only a couple short weeks ago that I posted A is for A Bit Twisted Brewpub.
As you know if you've been following the A to Z Denver Breweries series of posts, the SheppyBrew Beer Model and I decided to push on with the 4th round of the project.
It is somewhat mind blowing that we've visited over 78 breweries in the Denver area and still believe we can get through another round of 26 A to Z Breweries.
The Denver area has a ton of local breweries.
Obviously, since we just completed "A", we needed a "B" Brewery.
I mentioned last post that we had lots of choices of breweries that started with the letter B.
So what did we choose? The Beer Model had a brewery picked out.... Big B Little B. What begins with B?
B is for Bull and Bush Brewery 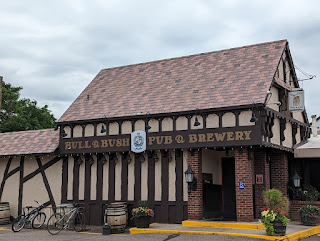 Bull and Bush has been in Denver over 50 years, which makes them one of the oldest brew pubs in the area.
Their "Our Story" is pretty fascinating, so I suggest you check it out if you're interested in that sort of stuff. 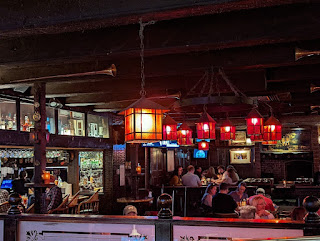 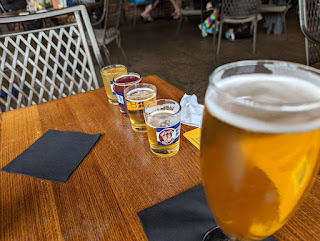 As it has a full food menu, in addition to the beers that they brew, there is an extensive list of guest beers and other wines and spirits.
You can check out their beer menu here. 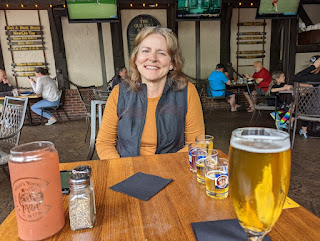 We had a couple of flights and a couple of pints .. all beers that were brewed at Bull and Bush.
I enjoyed all of the beers that I ordered. There was one of the fruit beers that the Beer Model ordered that I didn't much care for, but that is one reason we order flight samples rather than full beers. 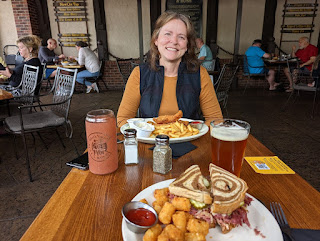 I thought the Reuben sandwich and tater tots that I ordered were fantastic. I think the Beer Model enjoyed her fish and chips as well. 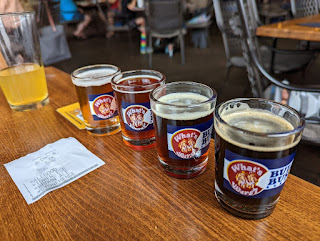 This is a great place to eat and drink. It certainly seemed very popular last Saturday. I think it is always pretty well packed.
Check it out if you're in the area and want some food and beer. 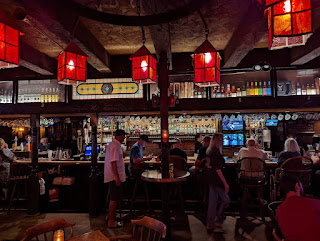 According to the Colorado Brewery Map & List, we had a ton of "B" breweries. I think we actually have an even bigger list of "C" breweries that we can choose from, so at this point, I have no idea which one we'll go to in this round.
Keep an eye on  Sheppy's Blog: A to Z to see what we pick.
And ... as always stay tuned on the regular SheppyBrew Channels to see what is happening with biking, brewing, barbequing, and other things: SheppyBrew's Facebook Page; Sheppy's Twitter Feed; SheppyBrew's Instagram Page; and SheppyBrew's Website.Of course, don't forget to visit this blog often as well!