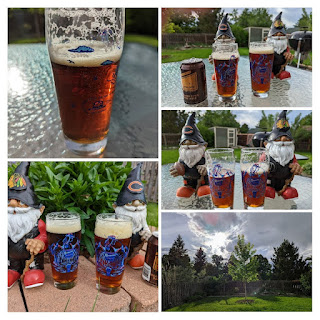 Remember in Colorado Vienna Lager vs Modelo Negra, I compared my Colorado Vienna Lager to both Modelo Negra and to  Prost Munich Dunkel.
While the styles have similar characteristics, these are not really Vienna Lagers.
I mentioned that I had cans of Upslope's Mexican Dark Lager in my fridge that I also should have compared (see U is for Upslope Brewing Company).
I typed "Maybe I'll do that side-by-side sometime soon."
Last Sunday, I did my side-by-side.
Upslope's Mexican Dark Lager still isn't a Vienna Lager. Honestly, it is closer to Modelo Negra than either of the other beers. But still, it was fun to compare. 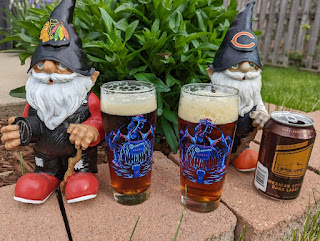 The color of Colorado Vienna Lager and Upslope's Mexican Dark Lager is very close. My beer might be just a touch darker.
The clarity of the two beers was exactly the same. 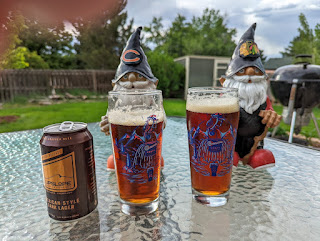 Upslope's lager had more body and was less fizzy than Modelo, but certainly was less than mine.
The flavor and aroma were very close as well. My beer was slightly better balanced and less sweet. 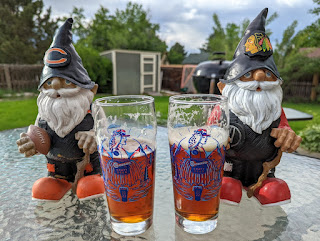 I really like both beers, but I certainly like mine more than Upslope's Mexican Dark Lager. Again, they are not really meant to be comparable so this doesn't really mean much.
Since I tasted the beers and took the photos, I thought I'd better share.
As always stay tuned on the regular SheppyBrew Channels to see what is happening with biking, brewing, barbequing, and other things: SheppyBrew's Facebook Page; Sheppy's Twitter Feed; SheppyBrew's Instagram Page; and SheppyBrew's Website.Of course, don't forget to visit this blog often as well! 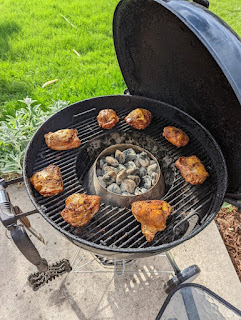