Pork Butt and Corn on the Cob 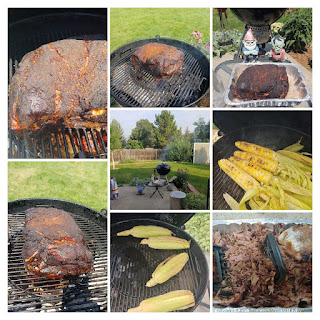 If you follow this blog ... you'll see me posting about smoking Pork Butts on my Weber Kettle quite a bit.
The family really likes pulled pork sandwiches, and Pork Butts are fairly easy to smoke. They are also pretty economical to buy.
It is pretty much an all-day commitment, but that is ok on most Sundays.
I can let the pork cook while I'm doing a lot of other things. As long as the charcoal is set up well at the beginning, the cook just sort of takes care of itself for the most part.
So ... it is a great meal for Sundays.
Last Sunday I made a pork butt for pulled pork sandwiches again. 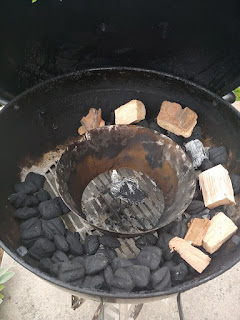 Recently, I've been playing around with a vortex on my weber kettle. When I was thinking about getting one, I never considered using it for low-and-slow cooking, but on the vortex website, there are pictures of indirect cooking pork butts (see About Vortex Indirect).
Apparently, the idea is that placing the vortex wide-end-up and placing the meat over the center will allow the vortex to work as a heat shield. 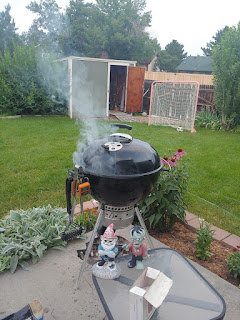 So, I tried that out with my regular "snake" method. Honestly, I don't know if this bought me anything, but it didn't hurt.
I may or may not continue to use the vortex like this in the future. 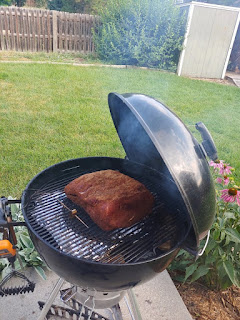 Regardless, the cook went very well.
I got started with a 10 pound pork shoulder around 6AM, and cooked between 250 and 270 for several hours. 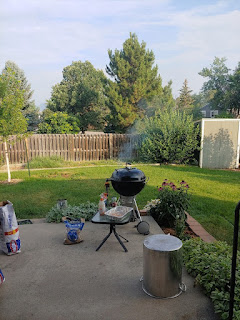 I sprayed with kombucha every hour for the first 4 or so hours. 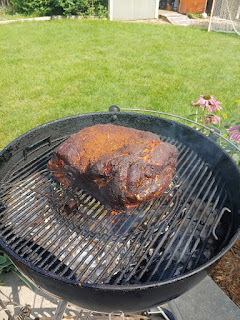 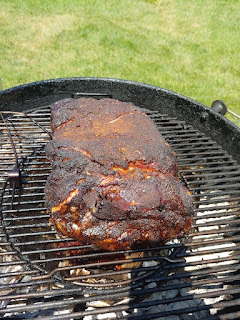 While cooking the pork, I started soaking corn on the cob in a pot of water. 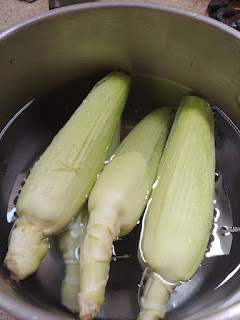 After about 6.5 hours, the internal temperature hit around 170. At this point, I wrapped the butt in aluminum foil for the rest of the day. 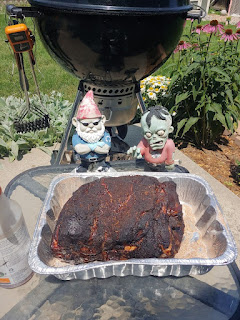 Once the pork was wrapped, I let the kettle temp raise to between 280 and 300 for the remainder. 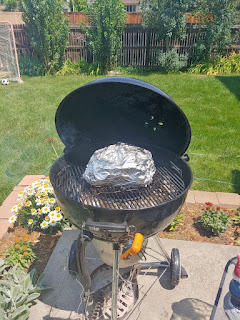 Around 4pm, I pulled the pork off the kettle and let it rest in a cooler for a couple of hours.
Around 5pm, I put the corn on the kettle in the cobs. For this part, I moved the vortex to the edge of the kettle and put charcoal to fill it about 75%. 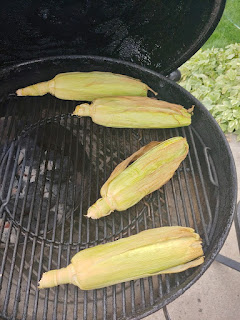 I let the corn cook in the cobs for 20 or 30 minutes.
Then, I pulled off the cobs and let them cook directly over the coals for a few minutes .... just enough to get a bit of a char on the kernals. 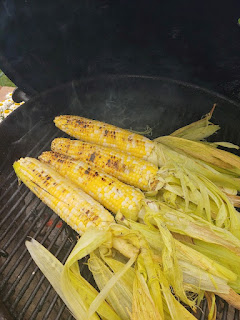 And ... at dinner time, I shredded the meat and served the family. 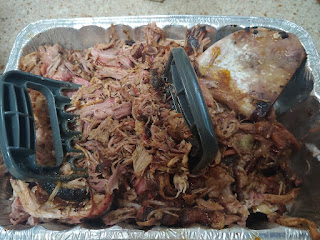 It turned out fantastic.
The corn was even better than usual. I like the way I made it this time more than my usual method. Usually, I place the corn on the coals protected by the cobs. This doesn't provide much of a char. 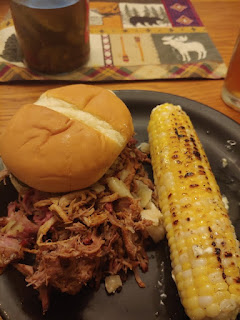 Everyone ate well that night.