We have certainly established that I am a Beer Geek ... Beer Snob ... Craft Beer Fan ... Beer Whatever-you-want-to-call-me.

I use the term "Craft Beer" all the time. For the most part, I have a clear picture what I mean when I use the term, but in some cases there is a little bit of technical gray area that bothers me a bit.

What exactly is "Craft Beer".

Dictionary Definition
As a Craft Beer snob, I watch RSS feeds to lots of different breweries and beer bloggers. One thing that came up recently is that the term "Craft Beer" has been added to the Merriam-Webster Dictionary (see http://www.merriam-webster.com/dictionary/craft%20beer)

According to the same dictionary ...


Microbrew: NOUN a a beer produced by a microbrewery

And according to the same dictionary again ...

To me, this is not quite right. I do not consider a craft beer and a microbrew the same thing. I consider a mircrobrewery to be a specific subset of craft breweries. In fact, lots of times I will be talking to someone who calls a large craft brewery (such as New Belgium or Sierra Nevada or Sam Adams) a microbrewery, and that term makes me cringe a little bit.

The thing is ... New Belgium and Sierra Nevada and Sam Adams are always considered craft breweries, but I don't think you can call the production of Sierra Nevada's Pale Ale or New Belgium's Fat Tire or Sam Adams Boston Lager limited. These beers are made ALL THE TIME, and you can get them almost anywhere. Not really limited.

There is a more precise definition of "Craft Brewery".


An American craft brewer is small, independent and traditional. Small: Annual production of 6 million barrels of beer or less. Independent: Less than 25% of the craft brewery is owned or controlled (or equivalent economic interest) by an alcoholic beverage industry member who is not themselves a craft brewer. Traditional: A brewer who has either an all malt flagship (the beer which represents the greatest volume among that brewers brands) or has at least 50% of its volume in either all malt beers or in beers which use adjuncts to enhance rather than lighten flavor.

And they define a "Micro Brewery" as a market segment of Craft Breweries:

So I always have the Brewer's Association definition in mind and when I hear someone refer to one of the big Craft Breweries as a "Micro Brewery", I cringe. I get an urge to correct. I fight this urge, because I know it would sound pompous to tell them something like ... "Actually, you mean a Regional Craft Brewery".

I suppose since Merriam-Webster defined the terms as it did, I could now be called on my assertion as well. After all, the dictionary agrees with the person I would have corrected. 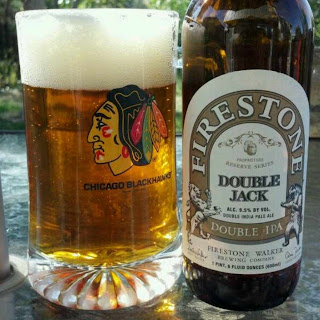 But ... is that right?
And to be honest, the Brewer's Association definition of a Craft Brewery doesn't quite make it for me either. It excludes breweries that in my opinion just should not be excluded. As I mentioned in #CraftBeer Snobs , craft beer is really more about variety and inclusion ... not exclusion.

Remember the whole thing about Boston Beer Company (Sam Adams) growing too big to be a Craft Brewer? Not too long ago, the Craft Brewer's definition of  "small" was 2 million barrels of beer. I mentioned this in November 2010 in Beer Ads. Sam Adams was very close to producing more than that limit when the Brewer's Association decided to raise their limit of "small" to an annual production of 6 million barrels of beer or less. I mentioned this in 6 Million Barrels, which was posted in January of 2011.

I had (and have) no problem with this. I don't think Sam Adams should be "penalized" just because they are successful. Like I mentioned, Craft Beer should not be about exclusion.

BUT ... there are other brewers who are excluded from the official "Craft" category for an equally arbitrary reason. To the Brewer's Association, "independent" means "less than 25% of the craft brewery is owned or controlled (or equivalent economic interest) by an alcoholic beverage industry member who is not themselves a craft brewer."

About a year and a half ago, Goose Island caused quite a commotion among beer geeks by selling a controlling interest to the biggest brewer in the world (Anheuser-Busch InBev). Goose Island is a wonderful brewing company from Chicago. They have been in business since 1988 as a brew-pub and like the other successful long-time Craft Brewers have scratched and clawed over the years to grow into a very successful regional brewing company.

One day, everyone in the world considered them a Craft Brewer. The next day they were "officially" excluded from the fraternity. Practically speaking, nothing has really changed with operation except now they have more capital with which to help them grow. AB InBev bought Goose Island because it is successful and knows what it is doing, and has taken a hands-off approach. John Hall, founder and CEO, still runs the Goose Island brewery. He just now has a bigger bank-account with which to grow.

When the purchase took place, the Brewing Network did an interview with John (download The Electric Brewery if you would like to listen). I agree with the Session guys in that as long as the beer quality stays the same, who cares who officially owns the brewery.

The Session did a followup recently, and the consensus seems to be that they are still making great beer. Listen to Goose Island Beer Company if you want. They are still doing what they did before with specialty and vintage beers. They still have their barrel program. Everything is the same, they just have the ability to do more.

The term "Craft Brewer" should be more about the beer itself than who funds the operation.

And there are other "former" Craft Brewers with the same story. One day "Craft" the next day not (Redhook, Widmer Brothers, Kona Brewing, etc, etc, etc).

I have another example or two that I will share later. This post is getting long, and I'll let you digest this before I pile more on you. Plus, I have to see what kind of back-lash I get from the Beer Geeks out there.

Sheppy's Definition
So, anyway. Even though, technically it is incorrect, I consider Goose Island and Redhook and these others part of the Craft Brewer category. Heck, I even consider beers like Blue Moon "Craft" (more on that in a later post).

So what is "Craft Beer"?

THAT'S OK. In fact, I think that is sort of the point ... Craft Beer is not about making something everyone will agree on. Craft Beer is about challenging pre-conceived  ideas on what beer has been in America for decades. If we could all agree, it wouldn't be as fun at all.

Keep an eye on the What is Craft Beer label on this blog. I promise there will be more. 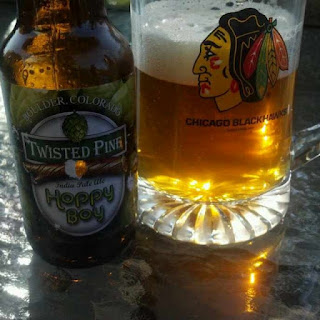 Questions? Comments? Hateful backlash to my uninformed and thoughtless opinion? Go ahead leave a comment below.
Posted by ESheppy at 9/10/2012 06:54:00 AM

Email ThisBlogThis!Share to TwitterShare to FacebookShare to Pinterest
Labels: Brewing, What is Craft Beer