I suppose if you read this blog regularly enough to remember month to month, you're probably sick of hearing about it. At this point, I feel I have to report on this every month at least until the streak stops. I am sure it will eventually, but this month, you'll have to either ignore this post or suffer through it.

Bonus ... for the first time this year, I beat Mrs. Bluefield in our unofficial number-of-posts contest (not that it is a competition)..

Do you want to know what posts have been most viewed over the last 30 days? If so .... 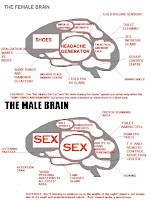 #2 ... Pale Ale Dec 20, 2011 ... #2 AGAIN, and not far behind #1. It is also up to #7 on the all-time list. As I mentioned last month, I have been getting lots of Google image search hits lately on this article because of the cool SRM color chart on the page. I, of course stole that chart from  The Screwy Brewer.

#3 ... July 2012 Blogging Aug 1, 2012 ... Weird, right? I would like to say that this proves someone actually likes these stupid "page view" posts. I think, however, people are coming to this page because it also has the image from #2. We will see how this post does since I included the Female vs. Male brain image from #1.

#4 ... #CraftBeer Snobs Aug 16, 2012 ... Post about how us "Beer Snobs" are more accepting than we get credit for. I had help from some of my twitter followers promoting this post. 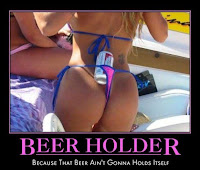 #10 ... Beer Motivation Oct 21, 2011 ... I guess people like to be motivated about beer. Take a look at this post and let me know which picture you think is getting the love.