At some point in my life, I thought that it would be fun to brew a beer using potatoes as an ingredient. Recently, I got it into my head that really sweet potatoes would be an even better idea. 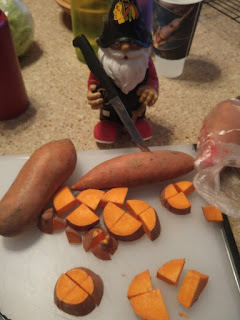 In principle, brewing with potatoes or sweet potatoes isn't much different than brewing with corn, rice, or pumpkins. Starch gets converted into sugar by enzymes on your grain. Sugar gets eaten by yeast. Alcohol is formed.


It is a way to add fermentables to the beer without adding body or much flavor.

So, why would you do it? Not sure. I did it just because I could then say that I had done it.

Armed with that little piece of information, I designed a simple recipe ...

Originally, I designed it to be an American Blonde Ale. However, when I was in the Home Brew Shop, the Mexican Lager (White Labs #WLP940) yeast caught my eye. I thought this would be a perfect opportunity to brew a beer to harvest some lager yeast for a future beer.

Since this was now a lager, I decided it was most likely closest to a Pre-Prohibition Lager.

Might not be bitter or hoppy enough. Not sure, but that is what I decided to call the beer. 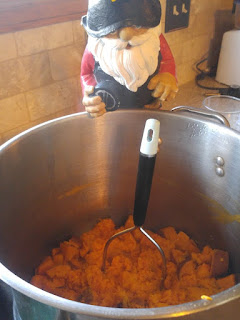 The difference with the sweet potatoes is that I needed to make the starches available for enzymes to reach. I basically made mushed sweet potatoes.

So, I brewed this past Sunday.

Just a word of warning in case you ever want to try this at home ... take precautions to prevent a stuck sparge.

I intended to use my grain bag in the mash tun. Forgot to. Wished I had before the wort was drained. I did end up getting the volume with the correct pre-boil gravity that I wanted, however it took a LONG time.

I wasn't in much of a hurry, so not that big a deal. It turned out fine. Next time (if there is a next time) I will make sure I do use the grain bag. 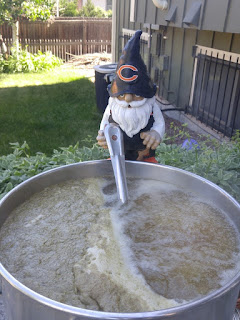 I was expecting a bit more orange color from the sweet potatoes than I got. We'll see how the finished product turns out, but as far as I can tell, not much orange got into the beer at all. 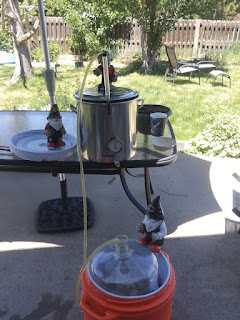 After the sparge, everything else went the same as just about any beer.

I did end up right-on with the OG. I used ice to chill the wort below 50. 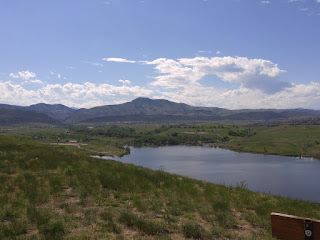 While waiting for the fermentor to chill, I went for a bike ride.

It was a nice day for it. I got in over 37 miles. If you're keeping track of my participation of the Great Cycle Challenge ... see ... 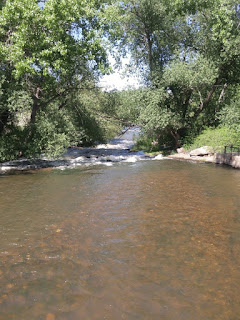 And after I got home from the bike ride ... I finished my day up by grilling burgers and drinking homebrew.

Pretty typical end to my weekends. 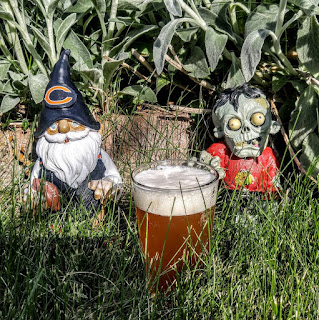 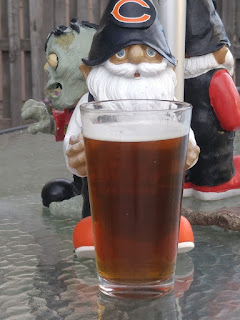 #WeAreGoot is currently fermenting. I let it go a couple weeks and harvest the yeast to make another lager in a few weeks.


As always ... stay tuned on the regular SheppyBrew Channels to see what is happening with this beer (and many others): SheppyBrew's Facebook Page; Sheppy's Twitter Feed; SheppyBrew's Instagram Page; and SheppyBrew's Website. Of course, don't forget to visit this blog often as well!.
Posted by ESheppy at 6/07/2016 07:22:00 AM